Ben Stokes was bought for a massive Rs 12.5 crore in the IPL 2018 Player Auction. 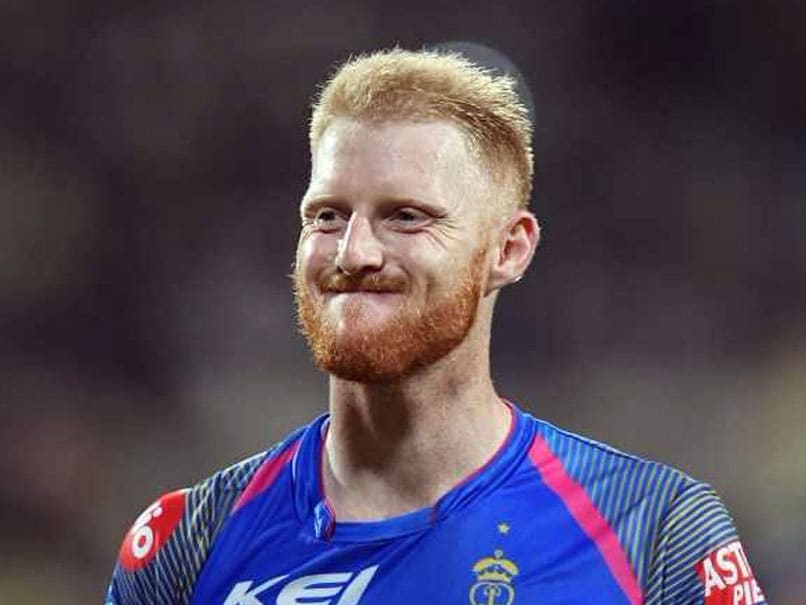 Ben Stokes was named the 'Most Valuable Player' at last year's IPL.© AFP

A disappointed Ben Stokes exited the ongoing Indian Premier League but thanked Rajasthan Royals for their support as he returned to England. The pricey England all-rounder, who was named the 'Most Valuable Player' at last year's IPL, failed to pass the score of 50 for the Royals this season, averaging less than 17 in 13 matches. Having struggled with injury at the start of the tournament, Stokes' contribution with the ball was also unimpressive as he took eight wickets at an average of 38. With a price tag of Rs 12.5 crore, Stokes was expected to continue his scintillating form from the last season when he played for Rising Pune Supergiant but failed miserably on all accounts. Many commentators believe Stokes' off-field troubles have blunted his performance on the pitch.

"And part of that reason I think is that he has to keep a low profile. That's not his personality," Styris told AFP.

"He needs to be that Ben Stokes the character who dominates the game," added Styris.

"He was the number one all-rounder in the world, he was MVP," the cricketer-turned-commentator said.

In the 2017 edition of IPL, the Christchurch-born cricketer scored 316 runs with the strike rate of 142.98 in 11 innings. He also picked up 12 wickets for RPS which made him the most expensive player of this year's player auction.

"Stokes was MVP last year and this year he has missed out and that's the game T20," said Jones, adding that Stokes should have played himself into this year's IPL pressure cooker.

"Don't go there and start smacking from the word go.

"It's all about momentum at the start. If you have scores under your belt then you relax in your job, but he hasn't got that."

However, it was a different story for Jos Buttler, who scored a record-equalling five consecutive fifties after a slow start to the campaign. The 26-year-old's performances caught the attention of England's new National Selector, Ed Smith, and he was recalled to the Test side for the upcoming Pakistan series.

The English duo recorded a video message for Royals fans before leaving, in which they expressed hope that the 2008 champions would at least make the final four.

The Royal Englishmen say farewell as they go on a new journey!

All the best, @josbuttler and @benstokes38!
Hope to see you soon!

Royals will play their last league game against Royal Challengers Bangalore on Saturday.

Comments
Topics mentioned in this article
Rajasthan Royals England Cricket Team Ben Stokes Jos Buttler Indian Premier League 2018 Cricket
Get the latest updates on India vs South Africa and check out  Schedule, Results and Live Score. Like us on Facebook or follow us on Twitter for more sports updates. You can also download the NDTV Cricket app for Android or iOS.