Kohli, who is yet to taste a triumph as captain in the Indian Premier League despite his extremely successful run as national captain, along with World Cup winner Dhoni are expected to be shoo-ins when RCB and CSK decide which players they are retaining in the squad for the next three seasons -- 2018 to 2020. 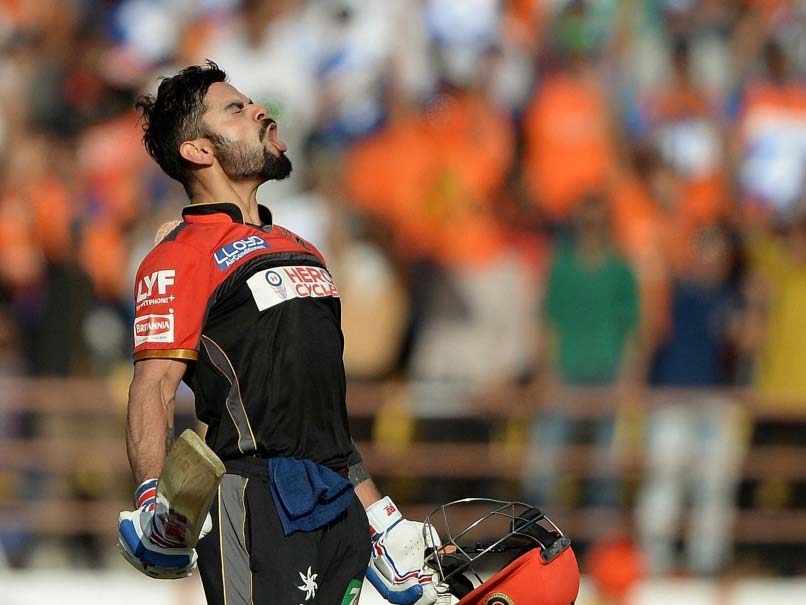 Virat Kohli and MS Dhoni are likely to be retained by their respective IPL teams.© AFP

Indian cricket team captain Virat Kohli and Mahendra Singh Dhoni are among the top players who are set to be retained by their respective Indian Premier League (IPL) teams, Royal Challengers Bangalore (RCB) and comeback outfit Chennai Super Kings respectively. The retention list of players is to be announced by BCCI today. Kohli, who is yet to taste a triumph as captain in the cash-rich league despite his extremely successful run as national captain, along with World Cup winner Dhoni are expected to be shoo-ins when RCB and CSK decide which players they are retaining in the squad for the next three seasons -- 2018 to 2020.

Among other top Indians who are almost certain to be retained are Rohit Sharma, who led Mumbai Indians to their title triumph last season, exciting MI all-rounder Hardik Pandya, and Ravindra Jadeja, who is set to return to Chennai. Australian pocket dynamo David Warner is expected to be retained by Sunrisers Hyderabad. Rajasthan Royals, who are making their return after a two-year suspension, are likely to go for Australian captain Steve Smith.

How the process works

Each team can opt for up to five players by virtue of a combination of Player Retention (Pre Player Auction) and Right to Match (RTM) during the player auction, according to the decision of the IPL Governing Council at its meeting in New Delhi last month.

The player pool available for CSK and RR for retention will be the players who played for them respectively in IPL 2015 and who were part of Rising Pune Supergiant and Gujarat Lions squads in IPL 2017, as per the norms.

The salary cap has also been raised. For the coming season, it's fixed at Rs 80 crore and will increase to Rs 82 and 85 crore respectively in 2019 and 2020. The minimum spend has been fixed at 75 per cent of the salary cap for each season.

Each squad can consist of a maximum number of 25 players (up to 8 overseas players) and a minimum of 18.

Comments
Topics mentioned in this article
Chennai Super Kings Royal Challengers Bangalore Indian Premier League 2018 Cricket Virat Kohli MS Dhoni
Get the latest updates on India vs South Africa and check out  Schedule, Results and Live Score. Like us on Facebook or follow us on Twitter for more sports updates. You can also download the NDTV Cricket app for Android or iOS.