Washington Sundar and Rahul Tripathi were the two of the shining lights for Pune in a squad that boasted star names like Smith, Dhoni, Ben Stokes, Ajinkya Rahane. 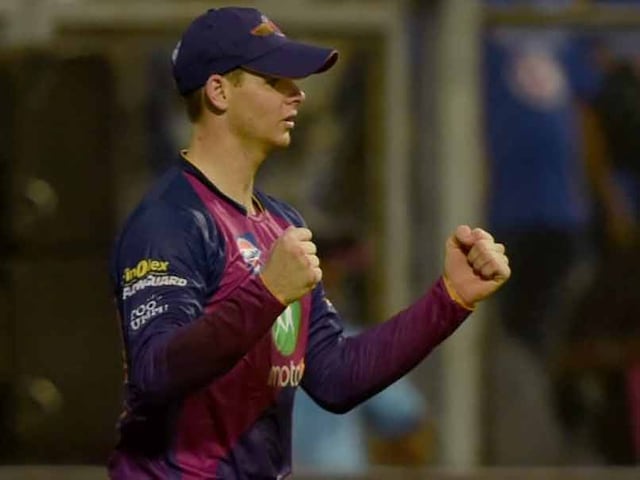 From seventh to a place in the final, IPL 2017 has been a complete turnaround for Rising Pune Supergiant. They started off by removing MS Dhoni as captain and replacing him with Australian Steve Smith -- a decision that raised many eyebrows. However, Pune have been brilliant. They won their first game but a string of losses pointed at the fact that maybe not much had changed from last season. But when it came down to the business end of the tournament, Pune reeled off wins and climbed to the second spot in the table. They then outplayed in-form Mumbai Indians in Qualifier 2 to march into the final. Some big names, including Dhoni performed when it mattered most but Smith on Saturday credited the youngsters for the team's success this season.

Washington Sundar and Rahul Tripathi were the two of the shining lights for Pune in a squad that boasted star names like Smith, Dhoni, Ben Stokes, Ajinkya Rahane.

With 388 runs in 13 games, Tripathi was the second highest run-getter -- only behind captain Smith.

But it was lanky off-spinner Sundar who made heads turn with his match-winning haul of three wickets against Mumbai Indians in the first qualifier to seal his team's final spot.

The 17-year-old Sundar made up for the absence of Stokes, who returned to England for national duty after playing a key role in the team's entry into the play-offs.

"Those guys are quite young and have not played those high pressure final games. That can play into your favour sometimes. They can play with freedom and do the job," Smith told reporters on the eve of the IPL final against Mumbai Indians in Hyderabad on Sunday.

"I thought Washington was absolutely fantastic the other night in Mumbai. For a 17-year-old to come out against some quality players and do what he did was outstanding.

"The young guys have been a real big part of our success so far throughout this tournament and hopefully they can have better success tomorrow night," Smith said on Saturday.

Smith said that he had enjoyed his time working with coach Stephen Fleming and former captain Dhoni.

"It has been a lot of fun to work with Flem (team coach Stephen Fleming and MS (Dhoni) obviously," said Smith, who has scored 421 runs in 14 games.

"Played some pretty consistent cricket at the backend of this tournament which is really important heading into the business end," added Smith, who is also the Australian captain.

Comments
Topics mentioned in this article
Rising Pune Supergiant Mumbai Indians Steven Smith MS Dhoni Rahul Tripathi IPL 2017 Cricket
Get the latest Cricket news, check out the India cricket schedule, Cricket live score . Like us on Facebook or follow us on Twitter for more sports updates. You can also download the NDTV Cricket app for Android or iOS.