IPL-10's first hat-trick man Badree was not celebrating for his exceptional feat as he was disappointed at his side Royal Challengers Bangalore's defeat against Mumbai Indians on Friday. 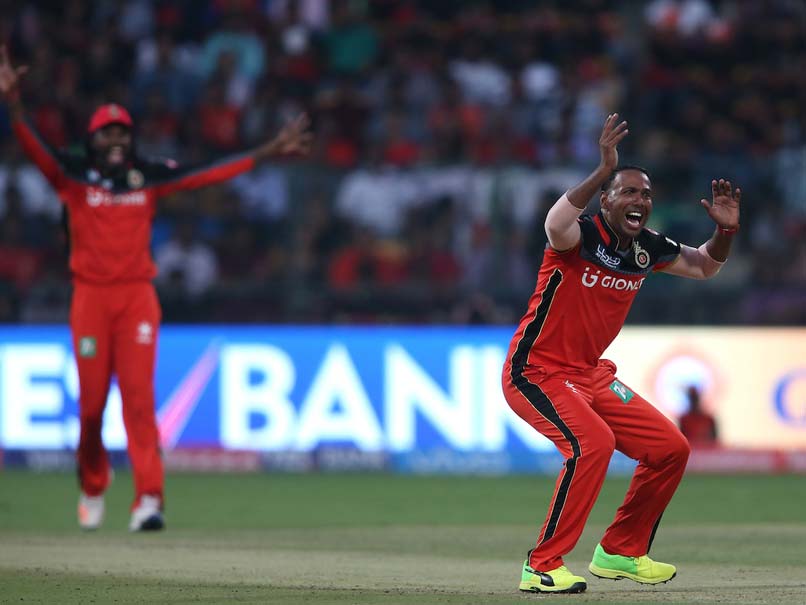 When Royal Challengers Bangalore began the defence of their very poor 142/5 against Mumbai Indians, even they could be excused for thinking that they are not in with much of a chance. But three balls by West Indian leg-spinner Samuel Badree changed the entire complexion of the game. The fourth over of the match saw Parthiv Patel hit one straight to Chris Gayle at covers and off the very next ball Mitchell McClenaghan hoisted one to Mandeep Singh at long-on. MI skipper Rohit Sharma faced the third ball and was completely bamboozled by the googly, which crept through bat and ball and shattered the stumps, starting wild celebrations within the RCB team as well as in the stands. Badree suddenly had figures of 3 for 4 off two overs.

But IPL-10's first hat-trick man Badree was not celebrating for his exceptional feat as he was disappointed at his side Royal Challengers Bangalore's defeat against Mumbai Indians on Friday.

"It is a nice feeling to get a hat-trick. To get three wickets in the Powerplay -- normally teams chasing lose games but unfortunately, it did not go our way tonight. Tremendous feeling to get a hat-trick but it could have been so much better if we had won," said the leg-spinner who took the wickets of Parthiv Patel, Mitchell McClenaghan and Rohit Sharma in three successive deliveries in the third over of Mumbai's run chase.

Despite Chris Gayle and Virat Kohli laying a good foundation, RCB did not get enough runs on the board to give a fight to Mumbai Indians, who rode to victory on the back of batting exploits of Kieron Pollard and Krunal Pandya.

"We had a good foundation, Chris at the beginning and Virat after that. But I just think we did not score enough runs. Credit needs to be given to Pollard and Krunal the way they batted with maturity," said Badree.

On Pollard, Badree said, "Yeah, he got some balls in the arc and backed his strengths, which is down the ground. He batted with maturity. He showed a lot of guts and character and credit needs to be given to Krunal as well," he added.

Asked what went wrong with RCB's batting, Badree said the team was a bit under par with the bat as 160 to 170-odd runs would have been a better score on a pitch which was slow.

Asked about Mumbai captain Rohit Sharma's weakness against leg-spin, Badree said, "I don't think we had any specific strategy against Rohit Sharma per se, it was about the conditions."

He also said it was a tough decision to leave Shane Watson out and getting himself in because the management could have taken the decision keeping in mind drier conditions where spinners could be effective than the seamers.

Comments
Topics mentioned in this article
Royal Challengers Bangalore Mumbai Indians Samuel Badree M.Chinnaswamy Stadium, Bengaluru IPL 2017 Cricket
Get the latest updates on IND vs NZ 2021, check out the Schedule and Live Score . Like us on Facebook or follow us on Twitter for more sports updates. You can also download the NDTV Cricket app for Android or iOS.