IPL 2017: Rahul Tripathi Once Stood Outside MS Dhoni's House As A Fan. Now They Are Teammates

Rahul Tripathi, who was born in MS Dhoni's hometown of Ranchi, would stand outside the former India captain's house as a fan. 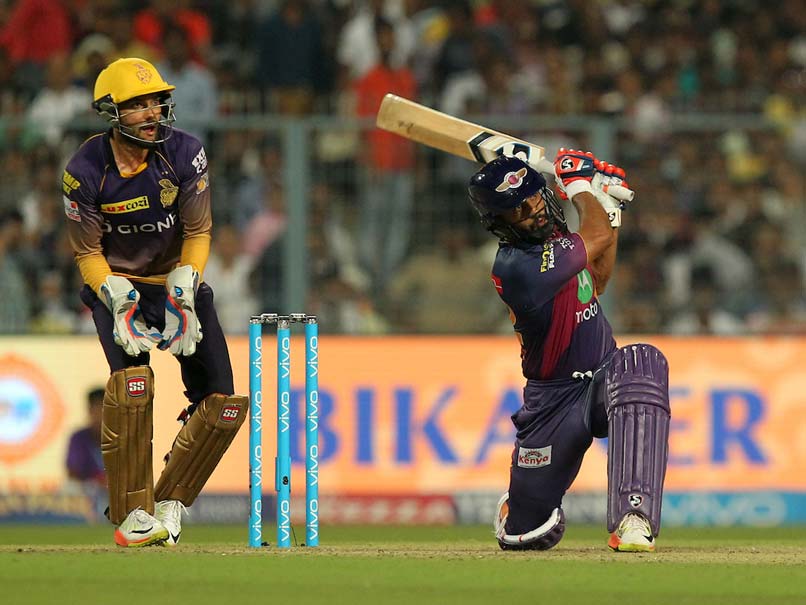 Rahul Tripathi has been one of the finds of the IPL this year.© BCCI

Rising Pune Supergiant's opening batsman Rahul Tripathi has been a revelation in the 10th edition of the Indian Premier League. When the Pune team was discussed before the start of the tournament, the names that came to mind were Steve Smith, Mahendra Singh Dhoni or Ben Stokes. No one spoke of Tripathi in the same breath. But all that has changed decisively after Tripathi's fantastic performances helped Pune enter the IPL final.

Tripathi, who was born in Dhoni's hometown Ranchi, would stand outside the former India captain's house as a fan.

At his first net at RPS, Dhoni, who was paired with Tripathi, told him, "We will take two rounds each."

"The next five-six balls, I couldn't even face properly. This was MS Dhoni standing at the opposite end, watching me bat and waiting for his turn," Tripathi told ESPNCricinfo.

Tripathi's fantastic knock of 93 against Kolkata Knight Riders has been termed one of the best innings in this year's edition.

The opener absolutely waded into the KKR bowling and clattered them for seven sixes and nine fours as he scored 93 off 52 balls, including three consecutive sixes off Kuldeep Yadav. Tripathi was unlucky to miss out on a century.

The 26-year-old represents Maharashtra in domestic cricket. His domestic Twenty20 stats show that he has scored 520 runs off 22 matches at an average of 28.88.

Not the best, but that really doesn't matter. He has found his groove in the IPL 10 and will be one of the success stories from among the young Indians batsmen on display.

Listen to the latest songs, only on JioSaavn.com
Comments
Topics mentioned in this article
Rising Pune Supergiant Rahul Tripathi MS Dhoni Cricket IPL 2017
Get the latest updates on Olympics 2020, Olympics 2020 Medal Tally, Live Cricket Score . Like us on Facebook or follow us on Twitter for more sports updates. You can also download the NDTV Cricket app for Android or iOS.