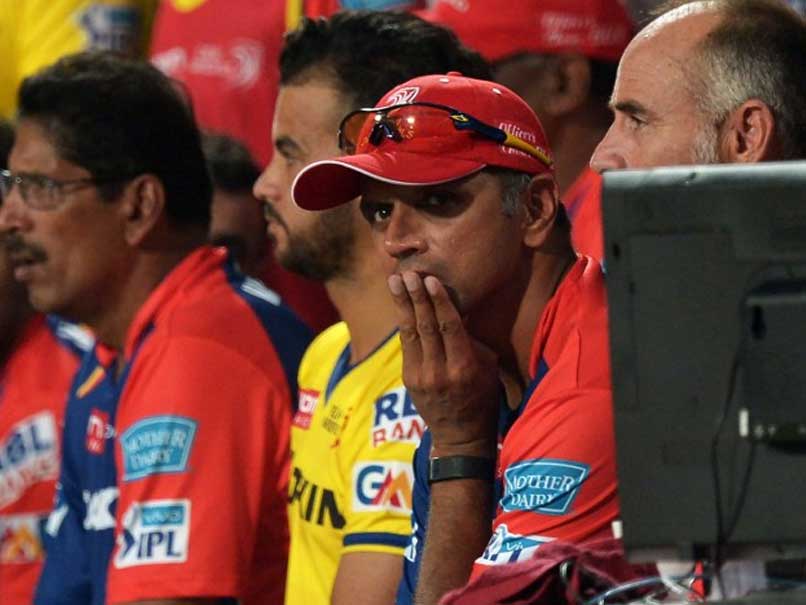 Rahul Dravid said he has full faith in the Delhi Daredevils youngsters to turn it around.© AFP

Delhi Daredevils started the IPL 2017 well and were in the top half of the table for sometime courtesy a good net run-rate. After losing their opening match to Royal Challengers Bangalore (RCB), they bounced back superbly to win their next two matches. However, things haven't gone as planned for the Delhi young guns and three defeats on the trot has seen them drop down the table to sixth. Sanju Samson slammed his maiden IPL century and also the first of this season. But following that such performances have been few and far between. Delhi coach and former India captain Rahul Dravid on Monday defended the youngsters in his team, saying he has a lot of faith in them, and expects them to put in a much-improved showing in the upcoming games.

Daredevils have lost their last three matches and now have just two wins in six games. They have four points along with seventh-placed Gujarat Lions and bottom-placed Royal Challengers Bangalore but a better run-rate than these two teams means they sit in sixth.

A problem area has been the poor performances by the young batsmen in the team, which has seen Delhi fail to chase down not so big totals.

"I still have full faith in youngsters. The league is still at the halfway stage. It's kind of funny that we are still sixth in the table with the highest net run rate (second highest to KKR). So I have full faith in our youngsters that they will turn it around in the next 7-8 matches," Dravid said during a promotional event.

Delhi's next match is on Friday against Gautam Gambhir-led Kolkata Knight Riders at the Eden Gardens.

On a different note, Dravid hailed the trend that has emerged during in the last decade in Indian cricket.

"We have seen over time how talented cricketers from small towns have gone on to represent the country with distinction. This is because they had the requisite skill set and also proper training was available for them. This is something commendable," Dravid concluded.

Comments
Topics mentioned in this article
Delhi Daredevils Kolkata Knight Riders Rahul Dravid IPL 2017 Cricket
Get the latest updates on ICC T20 Worldcup 2022, check out the Schedule and Live Score. Like us on Facebook or follow us on Twitter for more sports updates. You can also download the NDTV Cricket app for Android or iOS.