IPL 2017, Preview, MI Vs KXIP: Another Must-Win Match For Punjab Against Formidable Mumbai

The Punjab outfit found a lifeline when they beat Kolkata with some fine bowling by the medium-pacers and spinners. 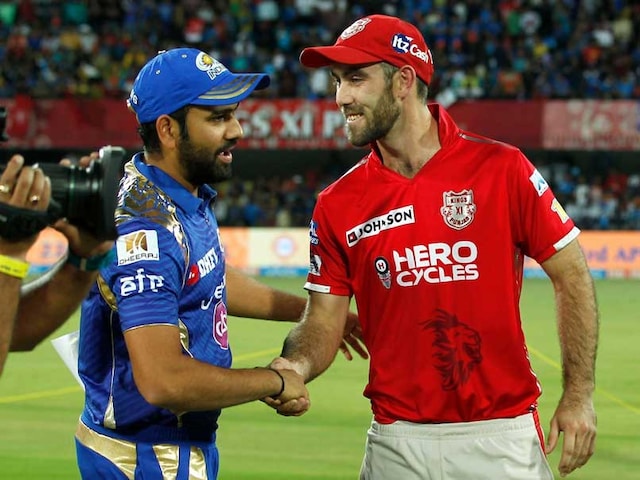 Kings XI Punjab (KXIP) have yet another must-win situation when they meet table-toppers Mumbai Indians (MI) on Thursday. The Punjab outfit found a lifeline when Kolkata Knight Riders (KKR) were found wanting in a match on Tuesday, when some fine bowling by the KXIP medium-pacers and spinners got them two vital points after the batsmen had left them with a moderate target to defend. However, the celebrations were muted as KXIP are in a situation where they have to beat MI as well.

KXIP were not too impressive with the bat once again, though skipper Glenn Maxwell and Wriddhiman Saha did provide them with some crucial runs before Rahul Tewatia came in at the lower end to use the long handle effectively.

It was Tewatia's leg-spin that proved to be the turning point as KKR, looking all set to romp into the play-offs after Sunil Narine and Chris Lynn carted them around initially, suddenly lost two crucial wickets and could not recover.

Mumbai, on the other hand, went down to Sunrisers Hyderabad, but that doesn't affect their fate since they have already qualified for the knockout stage. However, they surely would be careful about how they fare since losing, like winning, can become a habit.