With PepsiCo wanting to get out as title sponsor of the Indian Premier League, the tournament's image has been dealt a big blow. However, BCCI should not worry much as brands still retain their interest to back the world's richest Twenty20 championship. 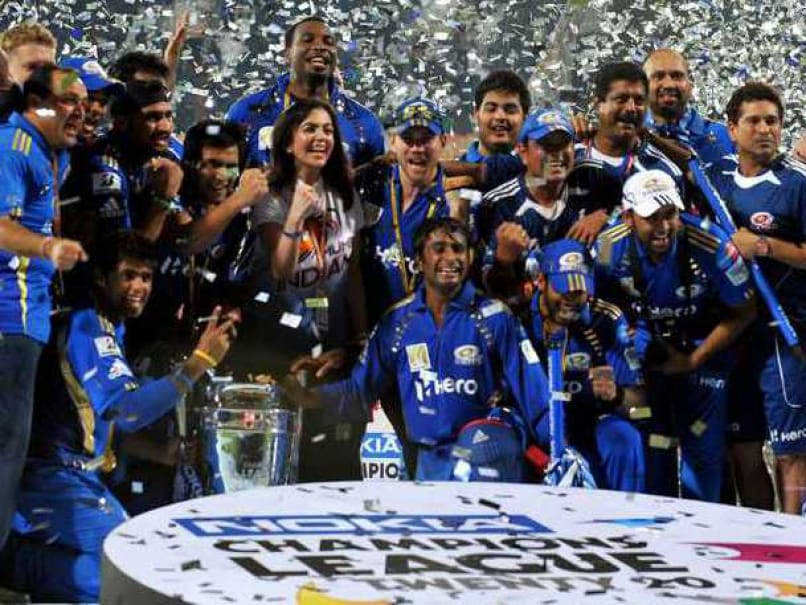 Many major brands believe the IPL's brand value is too high and they will soon find a new title sponsor.© AFP
New Delhi:

PepsiCo's threat to withdraw as sponsors of the Indian Premier League may come as a big challenge to the new BCCI regime under Shashank Manohar, but India's cricket bosses should be able to find alternatives in case the cola giants were to pull out with two years remaining on their five-year contract. (Pepsi Threat Pullout Makes IPL Bosses Sit up)

IPL remains a lucrative destination for international cricketers and the storm over the lucrative tournament could pass quickly given interests from corporates and projections from marketing and brand experts. (BCCI's Crucial Working Committee Meeting to Take Place on October 18)

In spite of the emergence of sports properties like the Pro Kabaddi League and India Super League football tournament, IPL remains in the blood of sports fans purely because cricket will remain the 'religion' of the land. Cricket gives India a pole position in the international sporting map, something that an ISL will never ever provide one.Â  (Paytm Bags BCCI's Title Sponsorship Rights)

BCCI have been able to find sponsors in a difficult market where corporates continue to vie with each other for publicity. When the Board cut off its relationship with its long-standing partners, Sahara India, there were at least two major houses vying for the team sponsorship. Broadcasters STAR bagged the rights meeting BCCI's big demands.

Earlier this year, Paytm, India's largest mobile commerce platform, replaced Micromax as BCCI's title sponsors. There are reports that Paytm, who paid Rs 203 crores for four years to the Board, are eyeing IPL too. At a time when m-commerce is driving the digital world, Paytm surely knows the value of associating with cricket.

PepsiCo became title sponsors of the IPL in 2013 after they paid a whopping Rs 396.8 crore rupees for five seasons. With future for digital commerce platforms looking good, Paytm looks a good bet for the BCCI. Â

Sam Balsara, Chief Managing Director of Madison World, told Times of India, "Life will go on for IPL, with or without Pepsi. The tournament will definitely find a new title sponsor shortly."

The uncertainty on the future of Chennai Super Kings and Rajasthan Royals is expected to be solved soon. The BCCI's working committee meeting on October 18 will indicate the next steps. A Supreme Court panel has slapped two-year suspensions on both Chennai and Rajasthan because their team officials were involved with betting in IPL.

The next IPL is still months away and given the fact that top honchos of the Indian government are involved with the cricket Board, Pepsi will find it hard to walk out smoothly. Cricket in India is just not about the bat and ball, it has deep and complex relationship with politics and commerce of the land.

Comments
Topics mentioned in this article
BCCI India Cricket Team IPL 8 Cricket
Get the latest updates on IPL Auction 2023 and check out  IPL 2023 and Live Cricket Score. Like us on Facebook or follow us on Twitter for more sports updates. You can also download the NDTV Cricket app for Android or iOS.