West Indian Narine was reported for a suspect bowling action during an Indian Premier League match (IPL) and has been banned by the Board of Control for Cricket in India (BCCI) from bowling his "off-spinners" in the ongoing tournament. 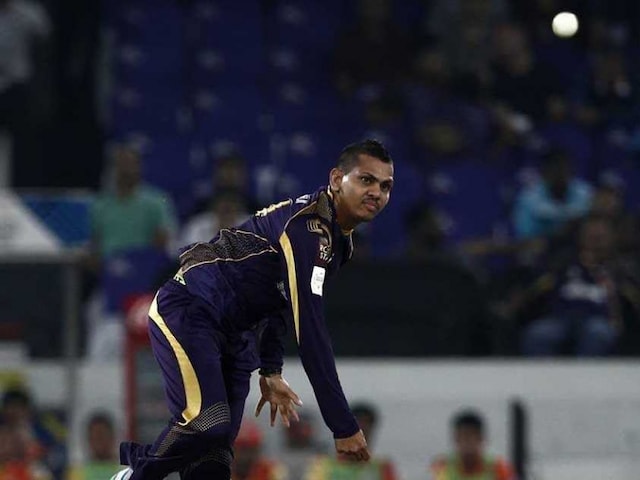 West Indian Narine was reported for a suspect bowling action during an Indian Premier League match (IPL) and has been banned by the Board of Control for Cricket in India (BCCI) from bowling his "off-spinners" in the ongoing tournament.

KKR have kept him out of the team since the BCCI verdict on April 29.

"We are missing Sunil (Narine), he has been a great part of the KKR team for so long, but I think JB (Johan Botha) and Hoggy (Hogg) coming into the team are making a difference, you saw the way they bowled today, they bowled in crucial time of the game, and to difficult batsmen, Hoggy has been phenomenal for us so far," Pandey said on Monday.

Pandey also assured the middle order will come good in the future games for the defending champions.

"Number three, four, five the middle order is the back bone of any team. It is our job to take the team through and make it safe for ourselves," Pandey said.

"We are wating for Surya (Suryakumar Yadav), who is a great batsman, a good hitter, for some more quality knocks from him and definitely all of us will come good in the future games," he said.

Asked for his opinion about the innovative shots Suryakumar tries while batting, Pandey said: "They are risky but it fetches runs, in a T20, batsman have to invent shots, hit the balls where there are no fielder, he (Suryakumar) was very good last year, this is his style he gets runs playing such shots, I personally like to play little more staright down the ground."

The right-hand bat thought they will have the home advantage in the next few games but added winning away against Rajasthan Royals (RR) in Mumbai on May 16 will be a big confidence booster for the defending champions.

"We have the home advantage (in the next two games), but we have to make sure we win every game that comes along because the team is doing well, good outing today everything was bang on for us, but beating Rajasthan away will boost our confidence a lot," said the 25-year-old.

Pandey also lauded the efforts of Yusuf Pathan who played a little cameo at the end of the KKR innings, taking the total to 167/7.

"It was Yusuf Pathan's 19-ball-30 in the end which was a crucial knock and help us put up 167,which was a very good score on the wicket," he said.

Comments
Topics mentioned in this article
Kolkata Knight Riders Sunil Narine Brad Hogg Johan Botha Manish Pandey IPL 8 Cricket
Get the latest Cricket news, check out the India cricket schedule, Cricket live score . Like us on Facebook or follow us on Twitter for more sports updates. You can also download the NDTV Cricket app for Android or iOS.