The IPL working group's report on Chennai Super Kings and Rajasthan Royals will be discussed in BCCI working committee meeting on August 28. 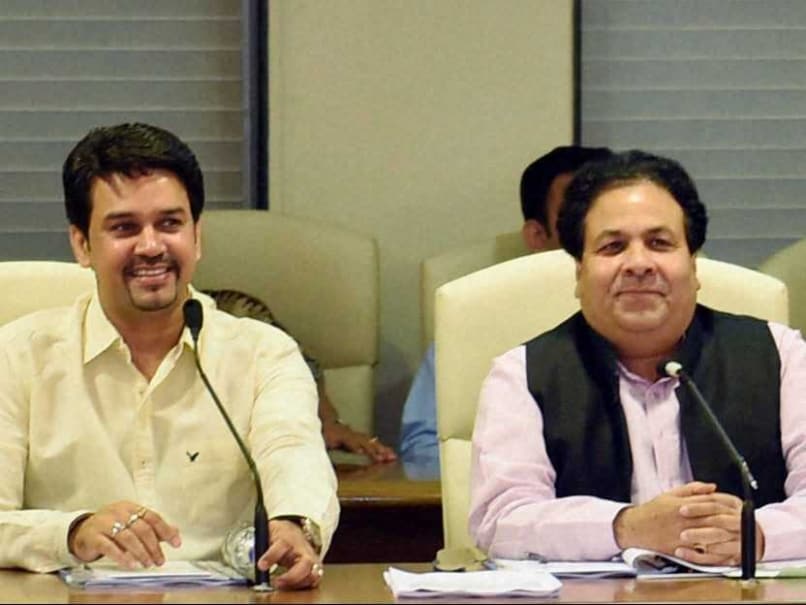 IPL Chairman Rajeev Shukla has said the Working Group's report regarding the fate of CSK and RR will be discussed on August 28.© AFP

The Board of Control for Cricket in India's working committee is expected to discuss on August 28 the IPL Working Group's report on the fate of Chennai Super Kings and Rajasthan Royals. The Working Group had its final meeting in Delhi on Wednesday. (BCCI Needs To Be Accountable: Sports Minister)

IPL chairman Rajeev Shukla, a member of the Working Group that also includes BCCI secretary Anurag Thakur and former skipper Sourav Ganguly, said the report will be submitted to the IPL Governing Council first for ratification. The BCCI working committee is scheduled to meet in Kolkata. (KXIP co-owner Priety Zinta Shocked By Reports Of Match-Fixing)

"We have compiled all the suggestions from stakeholders and we will be submitting the final report. There are number of suggestions but we can't divulge the findings of the meeting," Shukla told reporters. Wednesday's meeting was also attended by IPL COO Sundar Raman. (No Threat Of Sponsors Withdrawing From IPL)

Chennai Super Kings and Rajasthan Royals face a two-year suspension from the IPL. The teams have been punished by the Supreme Court-appointed Justice RM Lodha panel that investigated allegations of corruption against the team owners of the former champions. (BCCI Working Committee To Discuss IPL Issue)

Shukla said the 2016 IPL will remain an eight-team event but did not say whether Chennai and Rajasthan will play. According to the Supreme Court, the Lodha panel's verdict is binding on the BCCI.

The BCCI has the option to include two new teams or run CSK and Rajasthan by a new set of administrators.