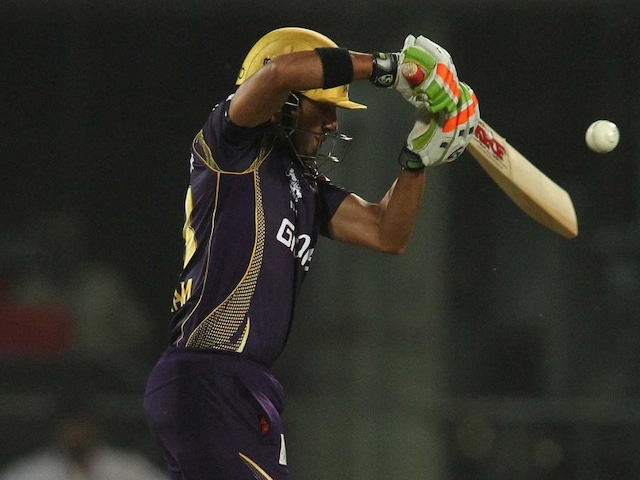 Riding on skipper Gautam Gambhir's third fifty in this IPL, a clinical Kolkata Knight Riders outplayed Delhi Daredevils by six wickets at the Feroz Shah Kotla, here tonight. Chasing a modest 147 for a win, KKR lost a few early wickets but Gambhir (60) and Yusuf Pathan (40 not out) stitched a 65-run fourth wicket stand to help the defending champions canter home in 18.1 overs. (SCORECARD)

DD, who had bounced back with two wins -- Kings XI Punjab and Sunrisers Hyderabad -- after snapping their 11-match losing streak, suffered their ninth home loss in over three editions starting 2013.

New-ball bowler Dominic Muthuswami struck twice in his second over to first get Robin Uthappa caught at mid-off and three balls later Manish Pandey (0) helped a short-ball into the hands of Imran Tahir at third man. Nathan Coulter-Nile also bowled well to get Suryakumar Yadav (24) caught behind and break a 48-run third wicket partnership.

But then Gambhir, who hit eight boundaries in his 49-ball stay, and Yusuf, who struck six fours and a six in his 26-ball knock, made things look simple as Delhi continued to juggle their bowlers without much effect. Champion leg-spinner Tahir did clean up Gambhir in the 18th over but it was too late in the day as Pathan stayed on to see Ryan ten Doeschate (2) get the winning runs.

Earlier, KKR bowlers led by Morne Morkel and Umesh Yadav bowled a tight line to restrict the Jean-Paul Duminy-led side to 146 for eight in 20 overs.

Put into bat, DD were hurt by lack of partnerships but a late flourish from Angelo Mathews (21-ball 28) helped the home side get some respect as Morkel, Yadav and Piyush Chawla picked two wickets apiece. 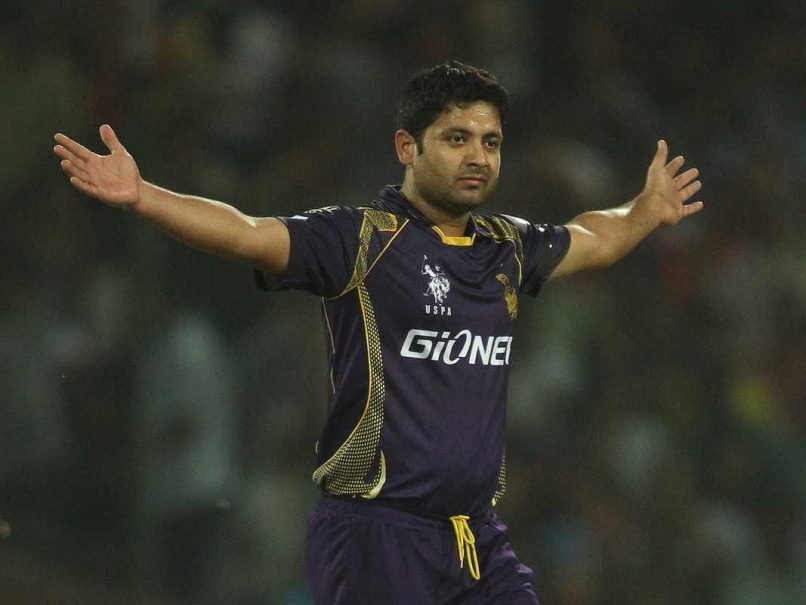 Morkel (2-30) drew first blood after getting Mayank Agarwal (1) caught at long leg with Umesh taking a sprawling catch. Mystery spinner Sunil Narine then struck in his very first over, cleaning up Duminy (5), who was done in by an off-spinner that pitched outside the leg-stump to the left-hander.

Young batsman Shreyas Iyer (31) then counter-attacked to stitch a 36-run partnership with Manoj Tiwary (32). Just when it seemed the Mumbai-born player, who hit 3 fours and a six, is ready to take on the KKR bowlers, leg-spinner Chawla got rid of the dangerman in the ninth over.

Tiwary then joined hands with Yuvraj Singh (21) to not only rebuild the DD innings after the strategic time out but also improve the scoring-rate with a few hits to the fence. But the Bengal player, whose 28-ball stay was laced with 5 fours, was scalped by Morkel after he mis-timed a pull to short mid-wicket as the 37-run partnership came to an end.

Yuvraj's brief stay at the crease also came to an end in what looked like a funny stumping off Chawla after the left-hander had lost sight of the white ball while attempting a sweep and wicketkeeper Robin Uthappa was sharp to take the bails off only in the second attempt.

KKR bowlers continued to hurt the DD batting after Umesh got Kedar Jadhav (12) caught at backward point on the last ball of his third over.

But Angelo Mathews got stuck into Narine, hitting the off-spinner for two consecutive sixes and ended the 19th over with a boundary to get 20 runs of the West Indians' final over.

Coulter-Nile was run out in the final over of the innings and Mathews was caught behind off the final delivery with Umesh returning with impressive figures of 2-18.

KKR have strengthened their position with 3 wins and a loss in their 4 matches, while DD suffered their third loss in five games.

Prior to the start of the match, the two teams observed two minutes silence in memory of young Bengal player Ankit Keshri, who died of a cardiac arrest three days after sustaining head injuries post a freak on-field collision during a CAB one-day game.