While Dhawal Kulkarni says he has picked up a lot from Rajasthan Royals' captain Shane Watson in the ongoing IPL, he also credits Shaun Pollock for his assistance during previous IPLs. 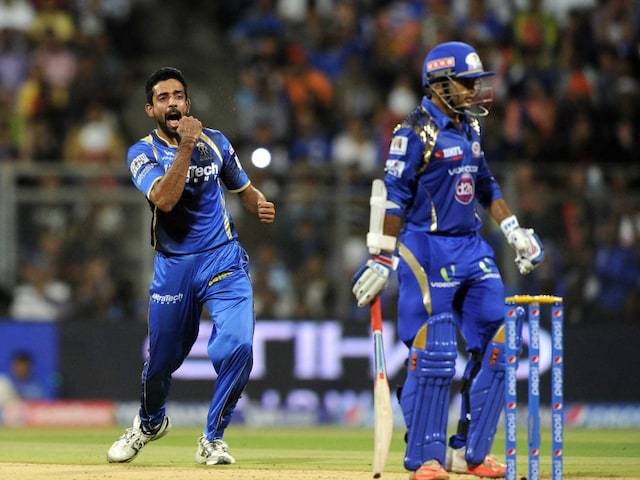 Pace bowler Dhawal Kulkarni, who has played a lot of domestic cricket before gaining his India cap, today said he had learnt quite a bit from the likes of Australian Shane Watson, his current captain in Rajasthan Royals, and South Africa's Shaun Pollock in IPL. (Complete coverage of IPL 2015)

"One thing I have learnt from Shane Watson is bowling round the wicket. That was the first thing I practiced (with Royals) and it has helped me while bowling for India too," said the 26-year-old Kulkarni.

"My real growing was during IPL season 1 under Shaun Pollock who shared his experience so much with me and the next year when he was the coach of Mumbai Indians - the variations he had taught me, I have been practicing those all these seasons and trying to perfect them," he said.

Asked about his near two-month stay in Australia, first as part of the ODI team and then as an extra member of the World Cup squad as the pace back-up, Kulkarni said it was a bit frustrating as he could not play much.

"I had just been bowling in the nets. (It was) just a bit frustrating, but I was always focused on bowling and not worrying about not getting picked. It was an honour to be part of World Cup and I was just enjoying my experience," he said.

"I am trying to improve on my pace, add that extra bit of yard in my pace. I have been working hard on my fitness and doing lot of cardio work," he added.

He said under the guidance of Indian team's batting coach Sanjay Bangar, he batted a lot in the nets in Australia.

"I have been working on my batting. I used to get time to bat and batted a lot in Australia and got used to those conditions.

"Bharat Arun (Indian team bowling coach) was my coach at the under 17 zonal cricket academy which was the first I attended. He knows my bowling very well and has been helping me a lot in my bowling," he explained.

Asked about who he will prefer to coach the national team, he reluctantly said "I feel (Pravin) Amre can be the coach. He's been coach for India A. He's a good coach."

Ajinkya Rahane - his India, Mumbai and IPL teammate who was sitting alongside - said while he cannot comment on the issue, "personally he's (Amre) been very good for me."

Comments
Topics mentioned in this article
Rajasthan Royals Dhawal Kulkarni Shane Watson Shaun Pollock IPL 8 Cricket
Get the latest Cricket news, check out the India cricket schedule, Cricket live score . Like us on Facebook or follow us on Twitter for more sports updates. You can also download the NDTV Cricket app for Android or iOS.