Virat Kohli is India's Test captain. A gifted batsman, he has often made news for the wrong reasons. Former skipper Mohammed Azharuddin wants Kohli to cool his temper. 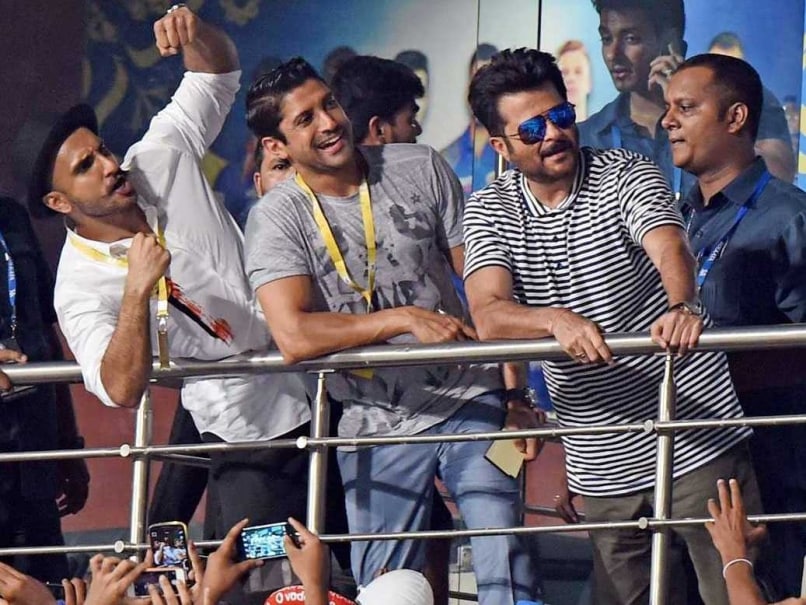 Ranveer, Farhan and Anil Kapoor at the Eden Gardens on Sunday.© PTI

In a rare appearance as a TV commentator, Mohammed Azharuddin expressed his worry over Virat Kohli's now infamous temperament. The former Indian captain, known for his cool demeanour and wristy flicks through mid-wicket, was among a high-profile panel of cricketer-turned-commentators on the sets of IPL broadcasters, Sony Six.

"Virat is a gifted cricketer. I would like the world to remember him as a batsman and not for his temper," Azharuddin said. (Shah Rukh Khan Sad to Not See KKR in Final)

Kohli, who was named India's Test captain after Mahendra Singh Dhoni quit during the series against Australia, has often made headlines for the wrong reasons. His run-in with a journalist during the World Cup did not amuse the BCCI and recently, Royal Challengers Bangalore skipper Kohli was reprimanded for breaking anti-corruption protocols when he visited girl-friend Anushka Sharma during a rain break at Chinnaswamy Stadium.

"He is a great choice as Test captain but he can spoil everything if he can't control his temper. It is a worrying factor," said Azharuddin. (Warne Says he Misses IPL)

The former Test skipper welcomed BCCI's decision to have separate captains for Tests and ODIs/T20s. "It's the right decision. Kohli is a good choice for Test matches as long as Dhoni is available to play the shorter formats," he said.

Sunil Gavaskar, former Test opener and one of the world's most respected commentators, has a funnily wicked side as well. It was in full show on Sunday evening as Gavaskar made his predictions for the IPL final between Mumbai Indians and Chennai Super Kings.

A Dash of Bollywood

Shah Rukh Khan's Kolkata Knight Riders may not have played at Eden Gardens on Sunday, but Mumbai Indians had a fair share of Bollywood support. A good mix of the old and the new was present at Eden with the evergreen Anil Kapoor winning a lot of fans over. The dashing Ranveer Singh, with his right hand in a sling, and the rocking Farhan Akhtar made their presence felt.

But Sunday's ultimate heroes were the cricketers as more than 65000 'neutral' fans packed the historic Eden Gardens to cheer Mumbai Indians and Chennai Super Kings, two teams that deserved to be in the IPL final.

Comments
Topics mentioned in this article
Mumbai Indians Chennai Super Kings IPL 8 Cricket
Get the latest updates on India vs Australia Series, check out the India vs Australia Schedule for 2020-21 and Ind vs Aus live score . Like us on Facebook or follow us on Twitter for more sports updates. You can also download the NDTV Cricket app for Android or iOS.