Indian Premier League unveiled its new logo with the name of its new title sponsor Vivo. The Chinese smartphone makers replaced PepsiCo earlier this month. Three more companies eager to be associated with the IPL. 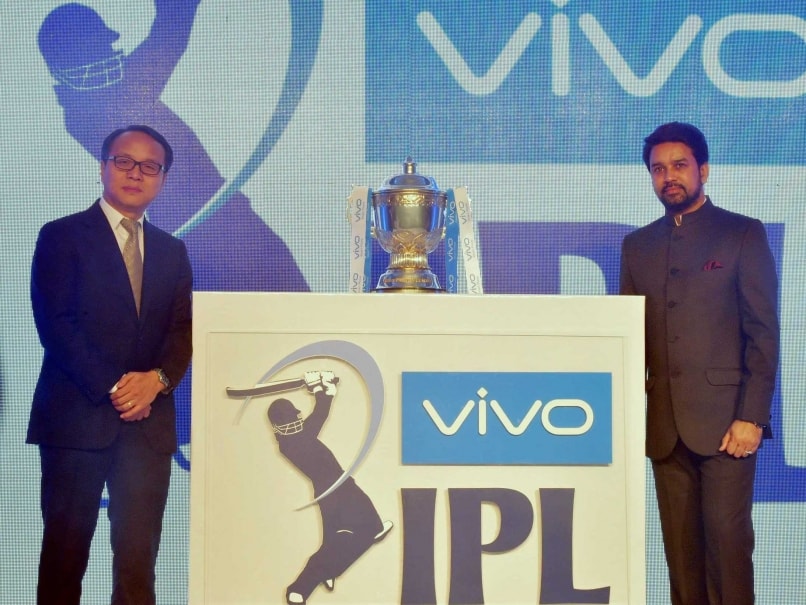 The Indian Premier League (IPL) on Monday unveiled its new logo for the ninth edition next year with the name of its new sponsor Vivo. The tournament will now be called 'Vivo IPL.' (Vivo replaces Pepsi as IPL title sponsor)

Vivo, a Chinese smartphone maker, became the new title sponsor of the cash-rich tournament earlier this month, after PepsiCo pulled out due to the tarnished image of the IPL following the 2013 spot-fixing controversy.

Vivo was confirmed as the IPL title sponsors for next two seasons after the company gave a bank guarantee last week.

"In the coming two IPL seasons (2016 and 2017), Vivo and IPL will have extensive cooperation in terms of sports events, on-ground activations and marketing campaigns," the BCCI had said.

BCCI secretary Anurag Thakur on Monday hinted that at least three companies, which were interested in bagging the IPL title sponsorship rights apart from eventual winners Vivo, are still keen on being associated with the cash-rich league.

"We had four interested parties for IPL title sponsorship and other three (apart from Vivo) are still interested in coming on board in other ways," Thakur dropped broad hints about the manner of possible association.

Thakur also said that all the controversies associated with IPL has not been able to dent the tournament's popularity.

"Cricket is still very popular and IPL is one of the top tournaments in the world," the secretary said.

He also said that the board is awaiting recommendations from the Lodha Committee.

On a different note, he was asked about the drainage system of CAB that has been problematic leading to postponement of international as well as domestic matches.

Thakur termed the ODI series as an "interesting one" even though he admitted that Indian team didn't play well yesterday.

"Yes, we lost the ODI and T20 series. Yesterday, the Mumbai game was like a final. Unfortunately, we didn't do well though the ODI series was very interesting," Thakur said.

Comments
Topics mentioned in this article
IPL 8 Cricket
Get the latest updates on IPL Auction 2023 and check out  IPL 2023 and Live Cricket Score. Like us on Facebook or follow us on Twitter for more sports updates. You can also download the NDTV Cricket app for Android or iOS.