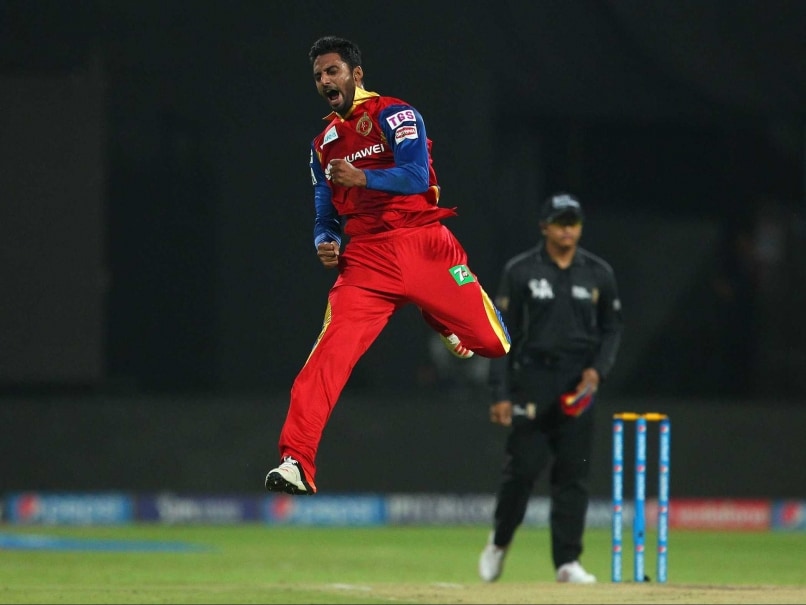 After Chris Gayle's 57-ball 117 steered RCB to 226 for three, left-arm paceman Aravind (4/27) rocked the Punjab top and middle-order while Starc (4/15) polished off the lower-order to guide the team to 138-run win on Wednesday. (Gayle reveals reason behind 'Cristiano Ronaldo' celebration)

"It was interesting working with him. He is a great Australian bowler. He taught me to hit the deck hard and make use of the seam. You know yorkers are his main weapon, so learnt from him," Aravind told reporters at the post-match press conference. (Pakistan, England players missing out on IPL: Wasim Akram)

Asked which one was his most cherished wicket, Aravind said, "Maxwell, Bailey and Miller...those were the three big wickets because they have the potential to come close to the target. Those three were the main wickets."

The pacer said it was wonderful to take four wickets in his very first IPL match of the season. (No time for critics: Yuvraj)

"Yeah, it has been a wonderful performance. From past two years, I have been waiting in the wings and working hard on my bowling. Today I grabbed the opportunity with both hands."

Aravind said the injury made him stronger over the years. "The injury made me stronger and stronger. I worked hard on my injury and my bowling as well. I also thank support staff Muthu Kumar and Shravan," he said.

Asked how he would have contained Gayle onslaught, Aravind said although it is difficult to stop the West Indian batsman, he would have bowled at his pads.

"When Gayle is in good go we cannot stop him. I would have bowled on to his pads to contain him...that would have been my main weapon," he said

Comments
Topics mentioned in this article
IPL 8 Sreenath Aravind Royal Challengers Bangalore Mitchell Starc Cricket
Get the latest updates on India vs Australia Series, check out the India vs Australia Schedule for 2020-21 and Ind vs Aus live score . Like us on Facebook or follow us on Twitter for more sports updates. You can also download the NDTV Cricket app for Android or iOS.