According to reports, Kolkata Knight Riders opener Robin Uthappa allegedly had an altercation with the Royal Challengers Bangalore's Sarfaraz Khan in the Indian Premier League and went to the extent of "holding him by the collar". 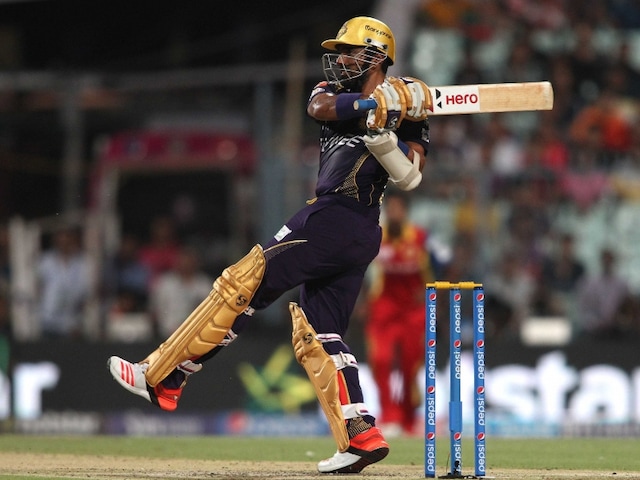 "Nothing of that sort has happened. I've not received any complaint," Srinath, who was the match referee of the KKR-RCB clash told PTI.(Gambhir Laments Dropped Chances)

A Kolkata Knight Riders official also rubbished the reports and said: "We've not heard anything about it."(Gayle Dedicates Knock to his Mother)

According to reports, KKR opener Uthappa, who had scores of 35 and 9 in two matches, allegedly had an altercation with the 17-year-old RCB recruit from Mumbai and went to the extent of "holding him by the collar".(Twiterrati Hails Gambhir's Record 25th IPL 50)

The incident is said to have happened behind the sight screen as RCB's AB de Villiers and Ashok Dinda rushed to the rescue of their fellow player.(IPL 2015 Full Coverage)

Though it is learnt that Uthappa has sought an apology for the incident, Srinath denied having any knowledge of this.

Comments
Topics mentioned in this article
Kolkata Knight Riders Royal Challengers Bangalore Javagal Srinath Robin Uthappa IPL 8 Cricket
Get the latest Cricket news, check out the India cricket schedule, Cricket live score . Like us on Facebook or follow us on Twitter for more sports updates. You can also download the NDTV Cricket app for Android or iOS.