India vs West Indies: Rohit Sharma and the other Team India cricketers geared up for their upcoming T20I series with a training session at Eden Gardens. 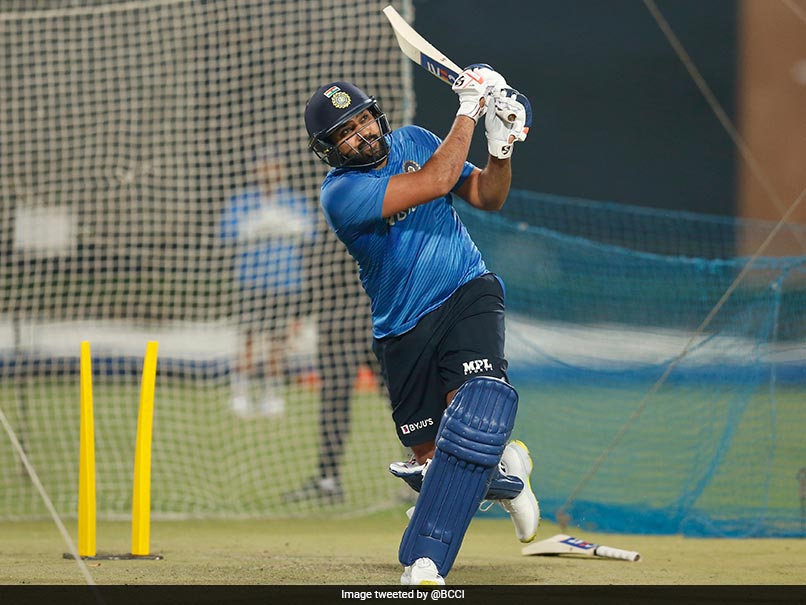 IND vs WI: The Indian cricketers geared up for the upcoming T20I series with a training session.© Twitter

Rohit Sharma led the way as Team India geared up for their upcoming three-match T20I series vs West Indies, starting from February 16. The BCCI took to social media to post some photos of the Indian cricketers undergoing training at Eden Gardens in Kolkata on Monday. In the photos, Rohit could be seen displaying his wide array of shot selection. Meanwhile, Yuzvendra Chahal was also practicing his bowling in the nets. Here are the photos which BCCI posted on Twitter:

Earlier, India hosted West Indies in a three-match ODI series with the hosts completing a 3-0 whitewash at the Narendra Modi Stadium in Ahmedabad.

It was also Rohit's debut as India's full-time white-ball skipper and he began on a positive note.

In the first ODI, the hosts won by six wickets. Chasing a target of 177 runs, India reached 178 for four in 28 overs.

In the second ODI, India won by 44 runs after succesfully defending a target of 238 runs. The visitors were bowled out for 193 in 46 overs.

Rohit will be aiming to build on his fine form as white-ball captain and win the T20I series too. The swashbuckling opener was in good batting form during the ODI series and also showcased good fielding skills.

Rohit Sharma India vs West Indies 2022 India vs West Indies, 1st T20I Cricket
Get the latest updates on ICC T20 Worldcup 2022, check out the Schedule and Live Score. Like us on Facebook or follow us on Twitter for more sports updates. You can also download the NDTV Cricket app for Android or iOS.