Watch: Prithvi Shaw And Chesteshwar Pujara Face Off In A Different Sport Before First Test Against West Indies

Prithvi Shaw and Cheteshwar Pujara try their hands at table tennis before taking on the West Indies. 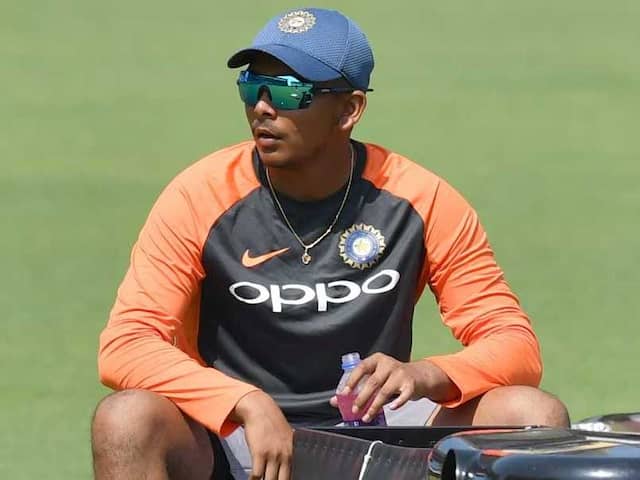 Before India take the field against the West Indies in the first Test at the Saurashtra Cricket Association Stadium in Rajkot on October 4, India's U-19 captain Prithvi Shaw and India's Test specialist Cheteshwar Pujara decided to take each other on in a game of table tennis. The video of both the batsmen playing ping-pong surfaced after Pujara posted a clip on Twitter and wrote, "@PrithviShaw and I getting our TT game on point. See you on a much bigger field tomorrow! #INDvWI". Watch this video where both the batsmen are showing off their table tennis skills.

. @PrithviShaw and I getting our TT game on point. See you on a much bigger field tomorrow! #INDvWI pic.twitter.com/1M9hpB4JYW

While Pujara has been India's mainstay batsman in the longest format of the game, Shaw is reportedly set to make his Test debut against the visitors in Rajkot. In First-class cricket, Mumbai batsman Shaw averages slightly over 56 in 14 matches, amassing 1418 runs. He was roped in by the Delhi Daredevils in the 2018 Indian Premier League (IPL). And Pujara, who has played 62 Test matches for India, averages 49.57.

The final XII for India was revealed earlier today.

Here are the squads of both the sides:

Cheteshwar Pujara India vs West Indies 2018 Cricket
Get the latest Cricket news, check out the India cricket schedule, Cricket live score . Like us on Facebook or follow us on Twitter for more sports updates. You can also download the NDTV Cricket app for Android or iOS.