Ishan Kishan played a fine knock of 89 runs as India posted 199/2 in the opening T20I of the three-match series against Sri Lanka, in Lucknow on Thursday. 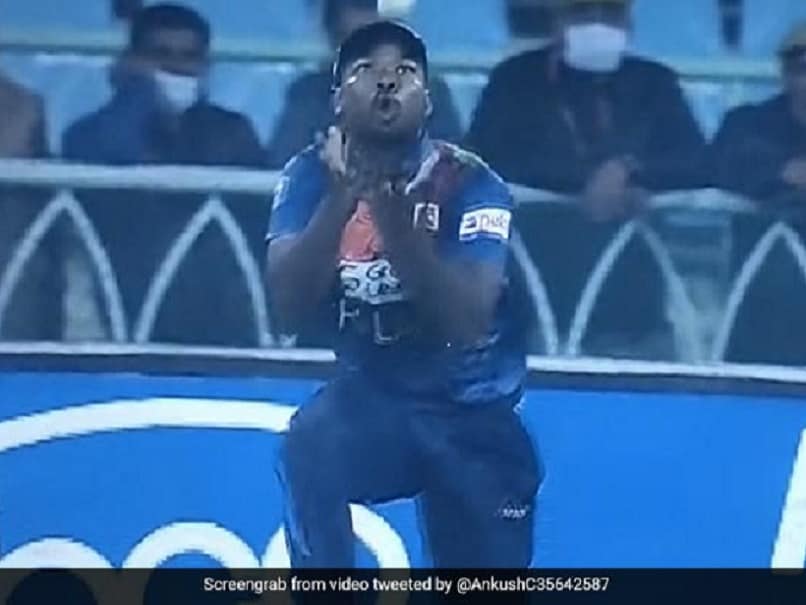 Ishan Kishan played a fine knock of 89 runs as India posted 199/2 in the opening T20I of the three-match series against Sri Lanka, in Lucknow on Thursday. Kishan, however, was given a lifeline mid-way through his innings when he was dropped on 44 by Janith Liyanage off a Jeffrey Vandersay delivery. Kishan went on to make the best out of the lifeline as he scored 89 to help India to a big total. Kishan faced 56 balls during his knock while his teammate Shreyas Iyer scored an unbeaten 57 off 28 balls to help the hosts dominate proceedings in Lucknow.

Ishan Kishan is so lucky. In every match that he has scored for IND, he has been dropped atleast once #INDvsSL pic.twitter.com/zSssY9uxTK

Kishan, who failed to capitalise on his starts in the preceding white-ball series against West Indies, finally lived up to his multi-million dollar IPL tag with a whirlwind innings studded with 10 hits to the fence and three sixes.

The 23-year-old from Jharkhand forged a 111-run innings for the opening wicket with his skipper Rohit Sharma (44 off 32) to put India on course for a formidable total after being invited to bat first.

Iyer then grabbed the opportunity with both hands, smashing five fours and two sixes in 28 balls to take India to a huge total.

Ishan Kishan was the aggressor among the two openers as he exploded in the third over, making Chamika Karunaratne pay for erring in his line and length with three boundaries as India amassed 15 runs from the over.

Lahiru Kumara bowled with a lot of pace but Ishan came up with two good-looking shots -- one a pull on the front foot which went over the ropes and the other one a flick across the mid-wicket boundary.

Left-arm spinner Praveen Jayawickrama was next hammered for a four, while a short ball from Chameera was deposited into the stands as Kishan continued his demolition act which yielded 58 in the powerplay.

Comments
Topics mentioned in this article
India vs Sri Lanka 2022

Jeffrey Vandersay Cricket
Get the latest updates on IPL Auction 2023 and check out  IPL 2023 and Live Cricket Score. Like us on Facebook or follow us on Twitter for more sports updates. You can also download the NDTV Cricket app for Android or iOS.