Rohit Sharma needs just 63 more runs to complete 1000 runs in T20Is as a skipper. If he does that in this match, he would reach the landmark in 26 innings, which will help him equal the mark set by Babar Azam.

Rohit Sharma has been one of the most prolific run-getter in T20 internationals over the years, and currently in the third spot overall. On Thursday, when he walks out to bat in the 1st T20I against Sri Lanka in Lucknow, the Indian captain will be on the cusp of completing a landmark and equalling the mark of Pakistan's star batter and captain Babar Azam.

Rohit needs just 63 more runs to complete 1000 runs in T20Is as a skipper. If he does that in this match, he would reach the landmark in 26 innings, which will help him equal the mark set the Babar.

The Pakistani skipper had beaten former India captain Virat Kohli to reach the mark. Kohli had taken 30 innings to complete 1000 T20I runs as captain, while Babar reached the milestone in just 26 innings.

Rohit, who will be playing his 26th inning as Indian captain, is set to join the elite list of captains and will also have an eye on equalling Babar's feat. 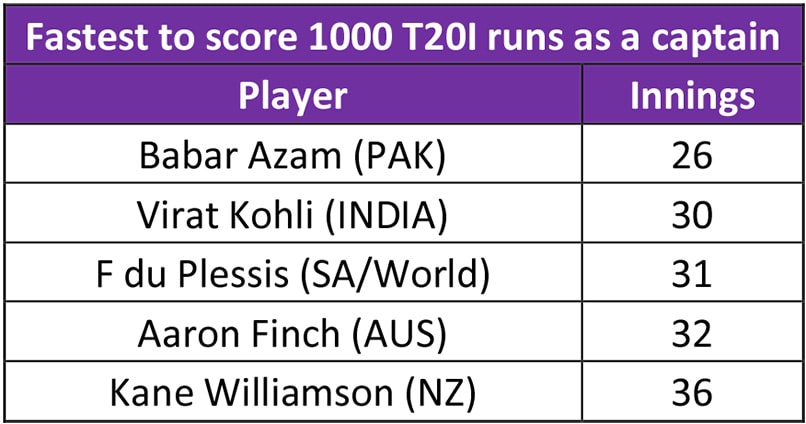 Rohit is also just 37 runs away from surpassing Martin Guptill as the highest run-getter in T20Is. Guptill and Virat Kohli have been locked in the see-saw battle for the past couple of years, where either of the two players have held the record for most T20I runs.

This is Rohit's chance to march ahead of the other two batters in this three-way fight.

It will be interesting to see who finishes at the top of the tree when all three batters have hung their boots up.

Sri Lanka Cricket Team India vs Sri Lanka 2022 Cricket
Get the latest updates on Fifa Worldcup 2022 and check out  Fifa World Cup Schedule, Stats and Live Cricket Score. Like us on Facebook or follow us on Twitter for more sports updates. You can also download the NDTV Cricket app for Android or iOS.