Virat Kohli was seen imitating Harbhajan Singh's bowling action before the start of the second T20I between India and Sri Lanka. 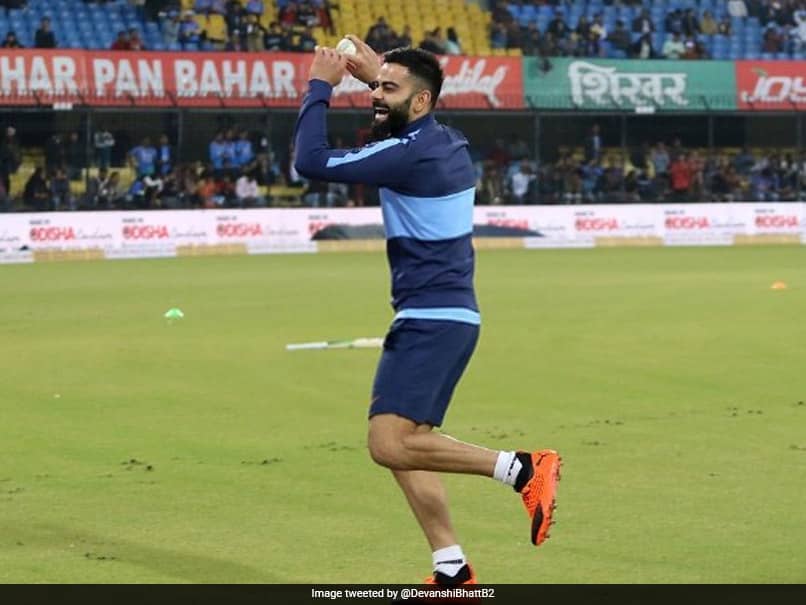 Virat Kohli, who is leading India in the ongoing Twenty20 International series against Sri Lanka, left the fans in fits of laughter with a bowling action ahead of the second T20I in Indore on Tuesday. India won the toss and invited Sri Lanka to bat at the Holkar stadium in Indore. During the warm-up session, Virat Kohli was seen mimicking veteran off-spinner Harbhajan Singh's bowling action. After completing the action, the India skipper walked up to Harbhajan Singh and Irfan Pathan and greeted them on field.

In the match, both the teams opted for the same playing XI that they had named in Guwahati.

Sri Lanka, after being put into bat, were off to a good start, scoring runs at a fast pace.

After winning the toss, Virat Kohli said that his bowlers will look to take advantage of the movement in the first-half.

"Pretty good wicket to bat, but in the first half, there could be some swing and nip around. It's a brilliant batting track," Virat Kohli had said at the toss.

Washington Sundar provided the first breakthrough for India as he dismissed Avishka Fernando in the fifth over.

Navdeep Saini cleaned up Danushka Gunathilaka in the eighth over.

With the first T20I washed out, a win for either side will ensure that they will not lose the series.

The third and final T20I will be played in Pune on Friday.

Irfan Pathan India vs Sri Lanka, 2020 Cricket
Get the latest updates on India vs England Series, India vs England , live score and IPL 2021 Auction . Like us on Facebook or follow us on Twitter for more sports updates. You can also download the NDTV Cricket app for Android or iOS.