India vs Sri Lanka 1st T20I: Use Of Hair Dryer On Damp Pitch In Guwahati Evokes Funny Reactions From Fans

The groundsmen even turned to a hair dryer and a steam iron in a desperate attempt to save the game. 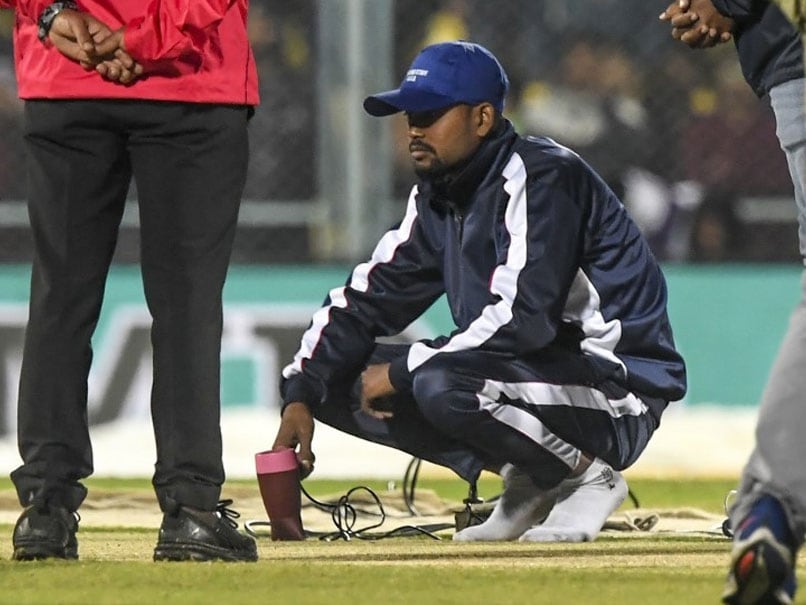 A hair dryer and a steam iron were used on the damp pitch in Guwahati.© AFP

The first Twenty20 International between India and Sri Lanka was called off without a ball being bowled as damp patches on the pitch refused to dry up at the Barsapara Cricket Stadium in Guwahati on Sunday. Soon after Virat Kohli won the toss and opted to bowl, it started raining. It stopped raining after a while but the start of play was delayed. As the ground staff managed to dry the outfield, Virat Kohli, Shikhar Dhawan and Rishabh Pant walked out to inspect the pitch. The Indian skipper then pointed out that some water had seeped onto the pitch and there were some damp patches. Therefore, a light roller and a vacuum dryer were employed for pitch repair. And then, a hair dryer and a steam iron were being used as the damp patch on the surface refused to budge.

Soon, Twitter was flooded with funny reactions from fans.

It's Hair Dryer vs Wet patches... ??
My money on the wet patches to win the game ?? #INDvSL #INDvsSL pic.twitter.com/Omcvn661in

Terming it a "school-boy error", Aakash Chopra lashed out at the Assam Cricket Association (ACA)'s neglicence, while VVS Laxman called it an "elementary mistake".

"It's nothing but a school boy error. The 22-yard is a sacrosanct place and they have left a few holes in the cover as some amount of water seeped in. It is some amount of negligence. You can't have an excuse at this level," Chopra said.

The second match of the three-match series will be played on Tuesday in Indore while the final game is scheduled to be held in Pune on January 10.

Sri Lanka Cricket Team India vs Sri Lanka, 2020 Cricket India vs Sri Lanka, 1st T20I
Get the latest updates on IND vs NZ 2021, check out the Schedule and Live Score . Like us on Facebook or follow us on Twitter for more sports updates. You can also download the NDTV Cricket app for Android or iOS.