India vs Sri Lanka, 1st T20I: This Video From Guwahati Will Give You Goosebumps

Damp patches on the pitch forced the umpires to call off the first T20I between India and Sri Lanka in Guwahati. 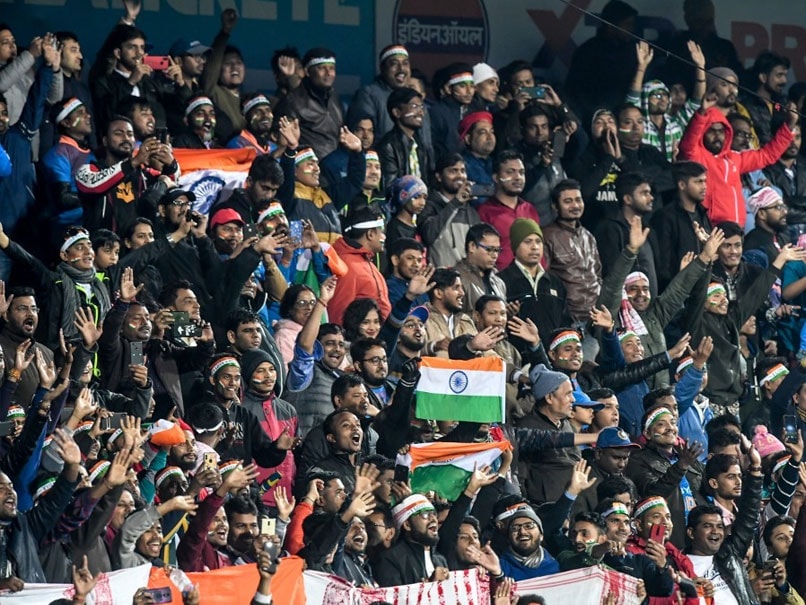 The first T20I between India and Sri Lanka was abandoned due to damp patches on the pitch.© AFP

India's first Twenty20 International (T20I) of the year 2020 was called off without a ball being bowled in Guwahati due to damp patches on the pitch on Sunday. India captain Virat Kohli had earlier won the toss and invited Sri Lanka to bat but soon after the toss was done, rain started pouring in. The drizzle caused damp patches on the pitch which eventually led to a no-result. During the rain delay the crowd in Guwahati started singing "Vande Mataram". The BCCI posted the video on social media where fans can be seen singing in unison. "Guwahati, you beauty," the post was captioned on Twitter.

Virat Kohli said that teams batting second have done well at the Barsapara stadium and that is why he chose to bowl in Guwahati.

The India skipper further said that while his side did well in One-Day Internationals and Tests in 2019 but with the T20 World Cup scheduled to be held in October, they will take the shortest format more seriously.

"Good thing though is that we have a World Cup coming up and we'll be taking things more seriously," he added.

With the first match of the three-game series abandoned, both the teams will travel to Indore for the next T20I which is scheduled to be held on Tuesday.

Virat Kohli India vs Sri Lanka, 2020 Cricket
Get the latest updates on SA vs IND 2021-22, check out the Schedule and Live Score . Like us on Facebook or follow us on Twitter for more sports updates. You can also download the NDTV Cricket app for Android or iOS.