Mickey Arthur was all praise for the Indian cricket team following the hosts' emphatic win over Sri Lanka in the second T20I in Indore. 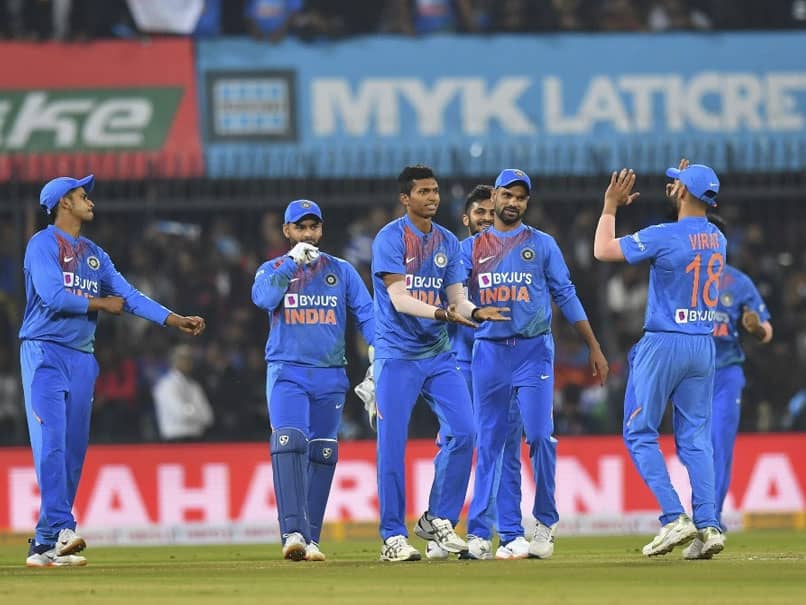 Mickey Arthur called India a "great cricket team" and said they have "no apparent weakness".© AFP

Sri Lanka coach Mickey Arthur feels that international cricket teams can learn from India on how to nurture young players and empower them with responsibilities at critical junctures. Be it in the bowling or batting department, cricketing powerhouse India have built a solid bench strength in all formats under Virat Kohli's leadership. And that has impressed Arthur. "It has been interesting watching them introduce young players and giving them responsibility at critical times, that has been so good. And seeing those young players respond has been amazing. I think India in cricket is in really, really good shape at the moment," said the 51-year-old Arthur in response to a PTI query after India beat Sri Lanka by seven wickets in the second T20 International.

"You look at someone like KL Rahul - he hit some shots that were absolutely amazing. India along with probably Australia now - I think Australia have found their mojo again - are certainly the flagbearers in world cricket," said Arthur.

India are not as strong in the T20 format as they are in the other two formats but Arthur can barely find any chink in their armoury.

"They are a great cricket team and there are no apparent weaknesses."

Arthur has taken over a Sri Lankan team in transition and knows that it is very much a work in progress. On Tuesday, most of the Sri Lankan batsmen threw their wickets away after getting starts and that did not go down well with the head coach. India chased down the 143-run target in 17.3 overs.

"We did not get enough runs. We lost one of our bowlers (Isuru Udana) unfortunately in the warm-up, but I think we were about 20-25 runs short of putting India under some pressure. We had a couple of our batsmen getting starts, but starts are not good enough. Somebody needs to get a 60-70 or 80 for us, and that is going to be the journey for us."

Arthur admitted that it would take some time for the young batting unit to gain some confidence.

"It is quite a young batting unit. For us as coaching staff and players, we have got some serious work to do in terms of gameplan, match awareness and playing the big moments. I think we had 49 dot balls tonight, which is too many, as the best teams in the world (would) have 25 dot balls."

Virat Kohli Mickey Arthur India vs Sri Lanka, 2020 India vs Sri Lanka, 2nd T20I Cricket
Get the latest updates on IPL 2021, IPL Points Table , IPL Schedule 2021 , live score . Like us on Facebook or follow us on Twitter for more sports updates. You can also download the NDTV Cricket app for Android or iOS.