Yuzvendra Chahal has 52 T20I wickets while Jasprit Bumrah is hot on his heels with 51 scalps in the shortest format of the game. 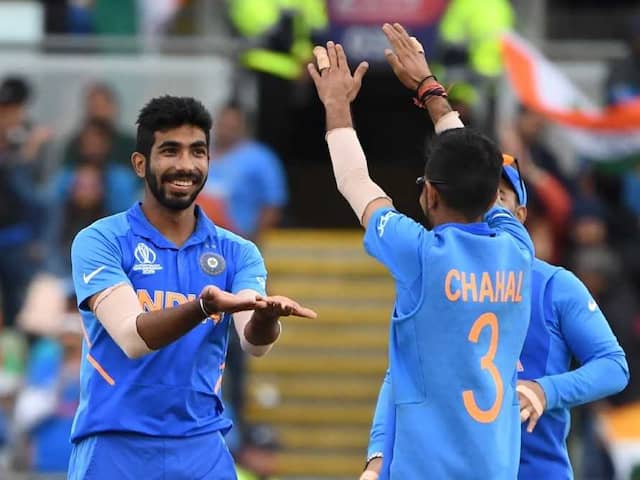 Jasprit Bumrah is set to be back in action for India when they take on Sri Lanka in the first T20 International (T20I) in Guwahati on Sunday and he will be eyeing a massive record for India in the shortest format of the game. But India's pace spearhead will face some competition from legspinner Yuzvendra Chahal, who is also set to play at the Barsapara Stadium. Chahal is currently India's joint-highest wicket-taker in the shortest format of the game, tied at 52 wickets with experienced spinner Ravichandran Ashwin. Bumrah, however, is hot on their heels, with 51 scalps to his name in T20Is. Both of them now have a chance to take the lead as the country's leading wicket-taker in T20Is.

Bumrah has been out of action since India's tour of the West Indies last year with a stress fracture, missing the home series against South Africa, Bangladesh and West Indies, but will look to return to doing what he does best - send batsmen packing.

Chahal has his 52 wickets from just 36 matches while Bumrah has played 42 T20Is for his 51 wickets. The match against Sri Lanka is likely to see Ravichandran Ashwin, with 52 scalps from 46 matches, lose his place atop India's list of wicket takers in the shortest format.

The Board of Control of Cricket in India (BCCI) announced Bumrah's return to the team with a video of the pacer smashing the stumps in training.

Missed this sight anyone?
How's that from @Jaspritbumrah93 #TeamIndia #INDvSL pic.twitter.com/hoZAmnvE2k

Bumrah termed 2019 a year full of "accomplishments, learning, hard work and making memories", adding that he is looking forward to 2020.

"2019 has been a year of accomplishments, learning, hard work and making memories, on the field and off it too. And on the last day of the year, I'm looking forward to everything that 2020 has to offer!" Bumrah had tweeted on New Year's Eve.