Amidst Legends, Angelo Mathews is Leading Sri Lanka by Example

Angelo Mathews' inspiring leadership and performance comes as a shining example of what India should have done to put on a better show in England. 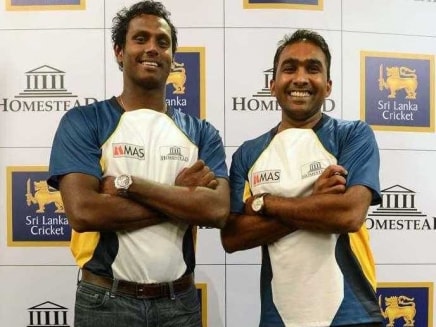 He won Sri Lanka the Asia Cup, the World T20 and a series abroad in England this year but Angelo Mathews' leadership is something still unspoken of really. To be fair, Mathews has led by example a team that included legends like Kumar Sangakkara and Mahela Jayawardene, both past captains.

At No.6 or 7, Mathews has piled on runs both when the top-order failed or when his side needed to put on a big score. With 1201 runs made and a best individual score of 160 against England, Mathews' 2014 Test run has been the stuff of legends.

In September, he swept nearly all the awards at a Sri Lanka Cricket annual ceremony, winning Sri Lanka's Cricketer of the Year, best ODI batsman and sharing the best Test batsman award with the one-and-only Sangakkara.

When Jayawardene retired from Test cricket this year to an almost god-like reception in Colombo after sweeping a two-match series against Pakistan, there was appreciation for Mathews and how he was taking Sri Lanka cricket forward. And the stylish Jayawardene himself acknowledged the fact.

Ahead of Sri Lanka's short tour of India, which was agreed upon in haste after West Indies pulled out of their tour to India midway, Mathews' inspiring leadership and performance comes as a shining example of what India could have done to put on a better show in England.

To start with, while it may not be feasible to replace Mahendra Singh Dhoni as Test skipper and pass the mantle to a young Indian cricketer just yet, Sri Lanka's systematic passing of the captaincy baton in recent years has almost always proved a success.

And then, let's make a little comparison between Mathews and Virat Kohli-the man who currently looks to be the best successor for India's Test captaincy in case Dhoni decides to step down.

So will it be fair to say Mathews has groomed faster than Kohli despite the latter being a force to reckon with in limited overs cricket?

Mathews has performed when his team has been in tough situations and bailed them out on numerous occasions. On the other hand, many of Kohli's big knocks have come when the team is already in a good position or when the outcome of the series would not have been affected, even against Australia in Tests in the sub-continent or against New Zealand in away conditions.

Would Kohli have been better had he performed in England? Probably yes again. The hallmark of a great batsman is adaptability to different conditions and battling it out in the middle when your team needs you. Mathews clearly showed that resilience when he made 160 in Leeds against England, leading Sri Lanka to their first-ever Test series win in the nation.

Moving to the upcoming five-match ODI series against India, captain Mathews has admitted that Sri Lanka do not have the best of preparations for the suddenly planned Indian tour. This once again shows how committed the 27-year-old is to give his best in every match, and how he knows what is resting on his shoulders.

Sri Lankan cricket players had been in the middle of a sabbatical from international cricket but after West Indies dramatically pulled out of their tour to India midway due to an ongoing pay dispute with the Caribbean Board, the Lankans were asked to fill in.Â BCCI, with their unparalleled power and their clout, convinced SLC to send their players for a short series, who asked for a return favour of hosting India in a three-match Test series next year in the island nation.

However, the fact that Sri Lanka have never so far won a bilateral ODI series in India will be a huge motivating factor. The Sri Lankan batting trio of Tillakaratne Dilshan, Kusal Perera and Upul Tharanga can pile on runs if they take the initiative.

Although the bowling will be depleted by the absence of Lasith Malinga, Suranga Lakmal and Rangana Herath, the likes of Lahiru Gamage, a fresh 26-year-old medium pacer and Nuwan Kulasekara can prove to be handy. And how can we forget Jayawardene? The perennial hero of Sri Lankan cricket can do well in the ODIs after retiring from Test cricket to focus on the task of the 2015 World Cup ahead.

After all, Sri Lanka have always been a side known to produce new stars on a consistent basis. With a lot of good players missing, the new ones will have an opportunity to impress the selectors by making it count in the sub-continent against India. We are all set for a blockbuster series!

Comments
Topics mentioned in this article
Sri Lanka Cricket Team India Cricket Team Angelo Mathews Kumar Sangakkara Mahela Jayawardene Ind vs SL, 2014-15 Cricket
Get the latest updates on T20 World Cup, check out the T20 World Cup Schedule and Live Score . Like us on Facebook or follow us on Twitter for more sports updates. You can also download the NDTV Cricket app for Android or iOS.