India routed Sri Lanka 5-0. Ironically, Angelo Mathews, with 339 runs, including a hundred and two fifties, was the top run-scorer in the series. 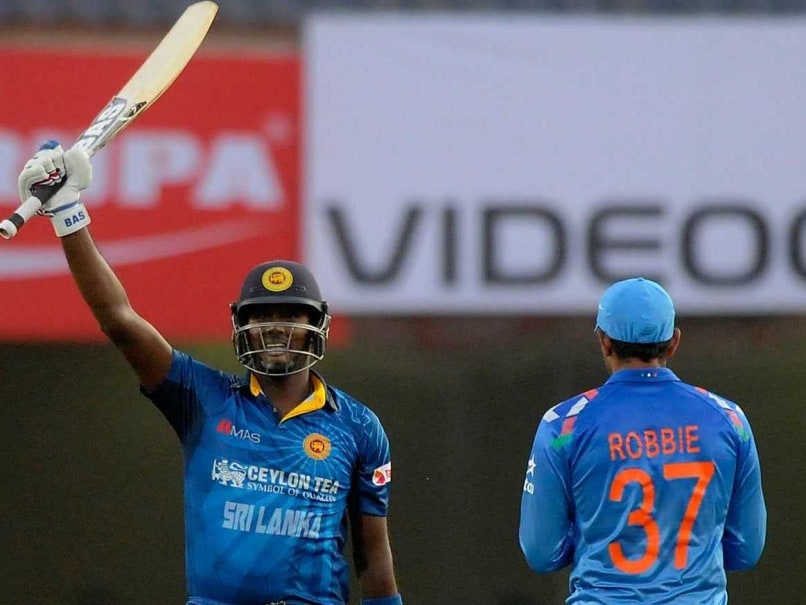 Sri Lanka skipper Angelo Mathews was the only bright spot as India consigned the islanders to their first ever 5-0 defeat in a bilateral ODI series. In 1984, Sri Lanka lost to Pakistan 4-0. For young Mathews, the hurriedly arranged India series turned out to be bitter-sweet. His maiden ODI century - unbeaten 139 not out off 116 balls - went in vain in Ranchi on Sunday. (Also read: India score a century of wins across formats vs Sri Lanka)

After the rout, Mathews said he wanted Lanka to "flush out" the India defeat but he will certainly want to carry this form into the upcoming series against England and New Zealand and of course to the World Cup early next year. (India consolidate No. 1 ODI ranking)

The Ranchi ODI boiled down to a contest between two captains. India's stand-in skipper Virat Kohli too scored 139 not out to turn the match on his head after the hosts collapsed to 14 for two in the fifth over, chasing 287 for a win. (Also read: Kohli lauds Team India for aggressive, positive attitude)

Mathews was the only one to bat with consistency. His maiden century was better than his previous highest of 93 versus Pakistan at Hambantota on August 26, 2014. Matthews' previous highest versus India was 92 not out off 101 balls at Ahmedabad on November 6, 2014.

Following are some outstanding highlights of Mathews season so far:

# Matthews is the first captain to hit 10 sixes in an innings vs India in ODIs, the previous best being eight by Ricky Ponting during his unbeaten 140 off 121 balls for Australia at Johannesburg on March 23, 2003.

# Matthew has established a record for most sixes by a captain in an innings, outstripping the nine by Ponting, during his 164 off 105 balls vs South Africa at Johannesburg on March 12, 2006.

# Matthews' 10 sixes in an innings is bettered only by Sanath Jayasuriya for Sri Lanka in ODIs.Â  He hit 11 during his innings of 134 off 65 balls vs Pakistan at Singapore on April 2, 1996.

# Matthews, with 339 runs at an average of 113.00, including a hundred and two fifties, was the top run-scorer in the just concluded series. For the first time, he could manage 300 runs in a series. Matthews' tally is the second highest by a Sri Lankan batsman in a bilateral series versus India, next only to the 353 in five matches in 2009-10 in India.

# Matthews' innings is the third highest by a visiting captain versus India in ODIs, the top two innings being 158 by Andrew Strauss for England at Bangalore on February 27, 2011 and 156 by George Bailey for Australia at Nagpur on October 30, 2013.

Comments
Topics mentioned in this article
Angelo Mathews India Cricket Team Sri Lanka Cricket Team Ind vs SL, 2014-15 Cricket
Get the latest updates on IPL Auction 2023 and check out  IPL 2023 and Live Cricket Score. Like us on Facebook or follow us on Twitter for more sports updates. You can also download the NDTV Cricket app for Android or iOS.