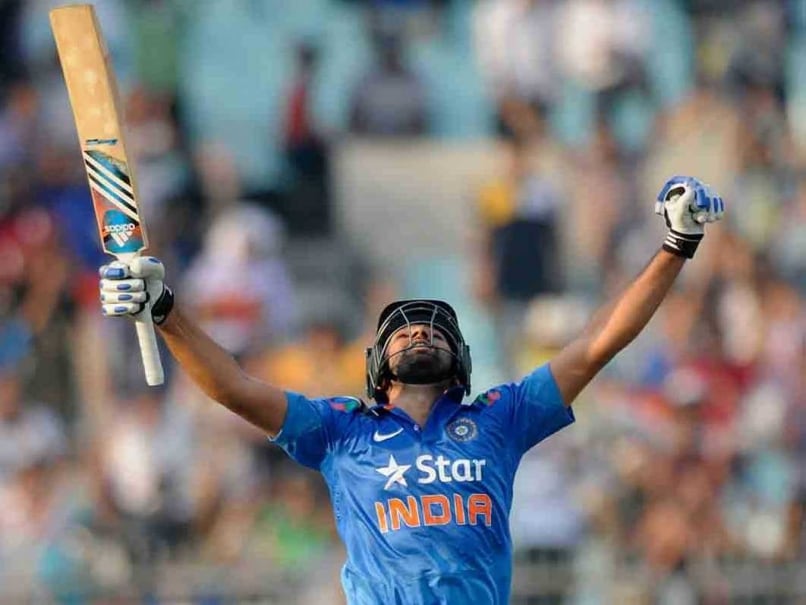 West Indies cricket legend Brian Lara said on Wednesday that Indian batsman Rohit Sharma's record One-day International (ODI) knock of 264 will be difficult to surpass. (300 can wait, I am happy with record 264: Rohit)

"We all grew up with the innings of Sir Vivian Richards' 189 in Manchester against England, and how he dominated the bowling then and that was the world record for quite some time," Lara was quoted as saying by Herald Sun Wednesday.(Rohit's epic knock in pics)

"But I felt that 200 was possible. I just believe that this one (Rohit's innings) is a little bit unreachable now. This one is an exceptional performance, getting to that total and he still got out. It was a special innings. It's very, very difficult to see it being surpassed."

Lara, who holds the world record for the highest individual score in a Test match (unbeaten 400)and first-class match (unbeaten 501), was on a flight to London for much of the innings but arrived at his hotel just in time to see the 27-year-old Indian right-hander reach his double-hundred.

"When he got to 200 I thought, 'this man has got to a double century twice in one-day internationals', but I didn't know it was going to go on to something that, to me, seemed impossible," Lara said.

Lara, whose highest ODI score was 169, says he thought 200 was an achievable target when he began his career but believes Sharma's mark is a stretch too far for any players starting out now.

The 45-year-old believes the advent of Twenty20 cricket has been a major factor in the record for the highest ODI being broken three times in the last five years.

He also said that his table-topping Test score is also on the chopping block as the influence of T20 seeps into all forms of the game. And he's nominated a player who is about to arrive on Australian shores as a likely candidate to pass the magical mark.

"People ask if 400 is going to be broken and I believe it's going to be broken because of T20 and the way the guys are batting. The likes of Chris Gayle, Virat Kohli, (if) these guys get two days in a Test match on a good batting track, and the pace they bat at, everything is possible," Lara, who scored 22,358 international runs before retiring in 2007, said.

"And I believe T20 has definitely developed people's confidence. They have made scores in the 200-250 range - easy scores to get to. Batsmen and teams now have to look way beyond that."

Comments
Topics mentioned in this article
Rohit Sharma Brian Lara India Cricket Team Ind vs SL, 2014-15 Cricket
Get the latest updates on IPL Auction 2023 and check out  IPL 2023 and Live Cricket Score. Like us on Facebook or follow us on Twitter for more sports updates. You can also download the NDTV Cricket app for Android or iOS.