Van der Dussen said it will be a challenge for the young South African bowlers to bowl against Rohit Sharma and Virat Kohli. 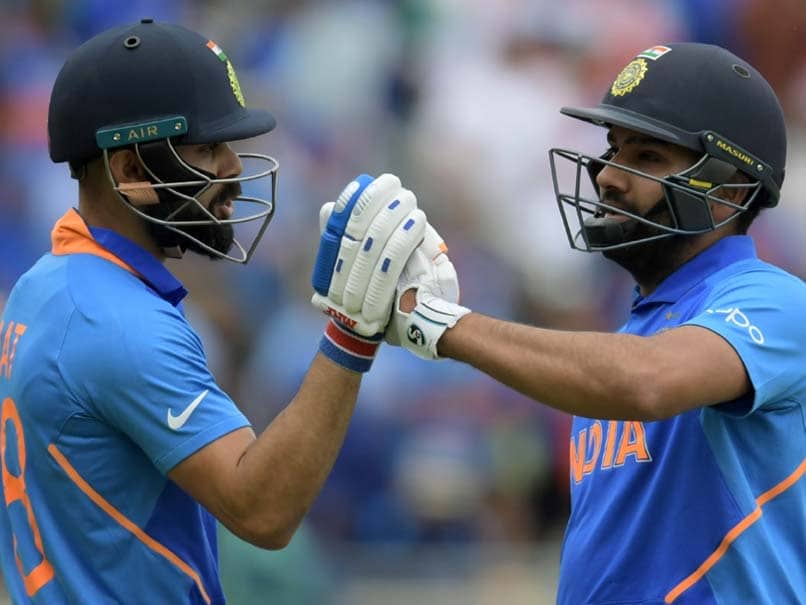 Virat Kohli and Rohit Sharma have scored aplenty of runs in the Twenty20 International (T20I) format. Leading the most runs scorer list, Virat Kohli has 2441 runs to his name while his deputy Rohit Sharma has 2434 runs. Virat Kohli scored his 22nd T20I half-century in Mohali against South Africa on Wednesday to help India register an easy win in the second T20I. Speaking about the two Indian batsmen, ahead of the final T20I in Bengaluru, South Africa's vice-captain Rassie van der Dussen said that bowling to the likes of Virat Kohli and Rohit Sharma is a challenge for any bowling attack as they are "the best T20 batters the world has ever seen".

"They (Virat Kohli, Rohit Sharma and Shikhar Dhawan) are probably three of the best T20 batters the world has ever seen. Virat and Rohit are the two leading run scorers at the moment in international T20 cricket," van der Dussen was quoted as saying by PTI.

"It's a great challenge for young bowlers coming here and bowling to these guys. But like I said, we know what the challenge is. If we want to get a win, we have to nullify this kind of players," he added.

He said the team is missing the services of long-serving leg-spinner Imran Tahir.

"Imran Tahir is obviously massive for us. He has been so good, he has retired from one-day cricket so he is going to focus on T20 cricket, and we know he is a big weapon for us. The challenge for other bowlers is that we don't have the luxury of a guy like that, who can come in and bowl four overs for 20, and maybe take one or two wickets," he added.

Van der Dussen was the only positive for South Africa in the World Cup, where they failed to qualify for the knockout stages and managed to register just three wins out of eight matches in the league stage.

"It's been an unbelievable 12 to 14 months for me. The challenge for me going forward would be to maintain the form that I have had and keep improving as a player and winning games for the team. That's something I pride myself in," he said.

Asked about the team's targets in the lead-up to the T20 World Cup, he said the challenge is to learn the lessons quickly.

"We have a young team. Guys are absolving and learning everything quickly. We have got some 18 more games leading to the T20 World Cup next year. The challenge for us is to learn those lessons very quickly and make sure in some years time, we are one of the top sides of the world," der Dussen said.

Van der Dussen further added that some of his teammates' experience of playing here in the last Test tour will help the visitors in the upcoming engagements.

"The last Test tour did not go well but the guys who were here have learnt a lot of lessons and we definitely are better prepared this time," he concluded.

Rohit Sharma
Get the latest updates on India vs Australia Series, check out the India vs Australia Schedule for 2020-21 and Ind vs Aus live score . Like us on Facebook or follow us on Twitter for more sports updates. You can also download the NDTV Cricket app for Android or iOS.