Virat Kohli's decision to bat after winning the toss in third T20I against South Africa in Bengaluru didn't pay off as the hosts could only score 134/9 in their stipulated 20 overs. 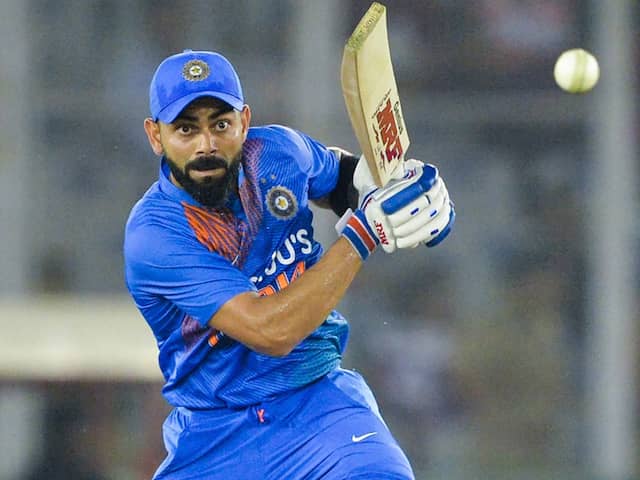 Virat Kohli's decision to bat after winning the toss in third Twenty20 International (T20I) against South Africa in Bengaluru didn't pay off as the hosts could only score 134/9 in their stipulated 20 overs. After the match, Indian skipper reflected on why he decided to bat at M. Chinnaswamy -- a ground where chasing is considered relatively easier -- and also reveled what cost his side the game. Speaking at the post-match presentation, Kohli revealed that they were not able to read the tempo of the game and that is what cost them dearly. Virat Kohli also credited the South African bowlers for their hard work and said they utilised the ground conditions better.

"I think South Africa bowled well, the pitch suited them in the first innings and we weren't able to read the tempo of the game well," Kohli said at the post-match presentation.

"Exactly what we wanted to do and that's going to be the template we'll follow for games we have before the World Cup," Kohli reflected on his decision to bat after winning toss.

"The mindset has to be flexible and to try out things when situations are stacked against us. We will have games like this where we don't execute what we want. But as long as the intent is there to improve, we'll be in a good zone," Kohli added.

After the loss which costed them a series win, Kohli wasn't too critical of the players and backed them to come good in games to come.

"The squad composition we'll try to get right as soon as we can. The guys who have done well in the domestic circuit are getting opportunities, so it's not like we are playing random people.

"You have to understand as well that it's a very young side, you have to give them time as a team to come together. We batted till 9 tonight, and that's one area we're looking to strengthen," the 30-year old batsman added.

Earlier, Indian openers Rohit Sharma and Shikhar Dhawan got India off to an explosive start but Rohit once again couldn't build on to the start like last game and fell on nine runs.

South Africa skipper Quinton de Kock led his side's chase from the front and remained unbeaten on 79 off just 52 balls, helping his side chase down the total with more than three overs to go.

M.Chinnaswamy Stadium, Bengaluru India vs South Africa, 2019 Cricket India vs South Africa, 3rd T20I
Get the latest Cricket news, check out the India cricket schedule, Cricket live score . Like us on Facebook or follow us on Twitter for more sports updates. You can also download the NDTV Cricket app for Android or iOS.