IND vs SA: Rohit Sharma scored two centuries in the Vizag Test as India romped to a 203-run win on Sunday. 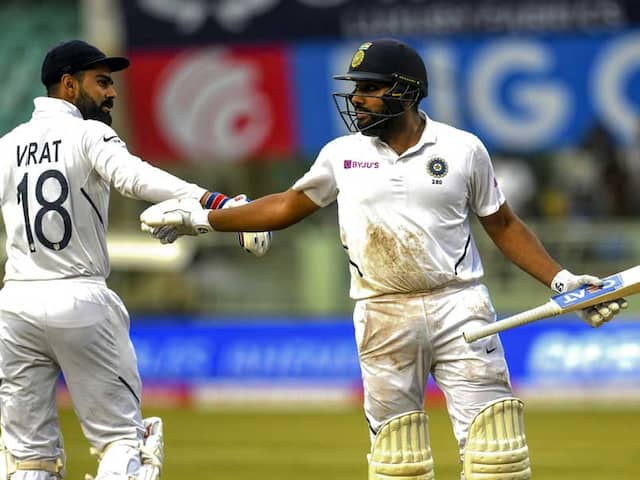 Virat Kohli showed his faith in Rohit Sharma to open the innings for India and he delivered by scoring two centuries in Vizag. India romped to a 203-run win in the India vs South Africa first Test to take a 1-0 series lead on Sunday. Rohit Sharma notched up scores of 176 and 127 while opening the captain in Test cricket for the first time. India captain Virat Kohli was all praise for Rohit Sharma, calling his batting display "outstanding". Virat Kohli also said Rohit Sharma's opening partner Mayank Agarwal, who scored a double century in the first innings, was "brilliant" in Vizag.

Spin twins Ravichandran Ashwin and Ravindra Jadeja bowled exceptionally in tandem by sharing 14 wickets between them. Kohli spoke highy of the two spinners and said, everyone "lived up to their strengths".

"Jaddu and Ash again, really good. Pitch was flat, they got a few boundaries away. Always knew it was going to be a second innings pitch," Kohli said.

"Shami has been a strike bowler in the second innings. All the guys lived up to their strengths. Batting heroes were obvious. But bowlers had it tougher in this game," he added.

The final two Tests between India and South Africa will be played in Pune and Ranchi respectively.