Virat Kohli also received praise from RCB head coach Simon Katich who lauded him after his yet another match-winning performance against South Africa in 2nd T20I. 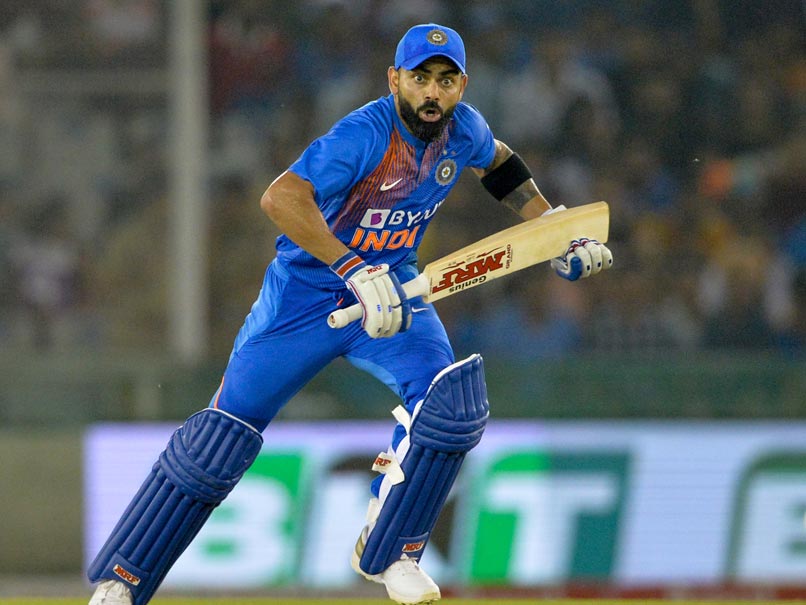 Virat Kohli's unbeaten 72 off 52 balls on Wednesday helped India cross the line in the second Twenty20 International (T20I) against South Africa in Mohali. Along with firing with the bat, the Indian skipper also showed intense athleticism while grabbing a spectacular one-handed catch to dismiss South Africa skipper Quinton de Kock. Kohli's heroics in the match left people in awe with his tremendous work ethics and consistency. Mike Hesson, director of Royal Challenger Bangalore (RCB), heaped praise on Kohli after his yet another match-winning performance and described him as a leader who leads with "real spirit and passion".

"He is as good as they get in world cricket. Last night, we saw another example of what an amazing player he is. He is a fine leader who leads with real spirit and passion," Hesson said.

Newly appointed RCB head coach Simon Katich also has lavished praise on India and RCB skipper Virat Kohli, saying the record of the batsman speaks for him and his contribution as a team player is well documented.

"His (Kohli) records speak for him. I have a huge amount of respect for what he has achieved not only as a player but also as the captain of India," Katich said.

"What I really like about him is the fact that he is super competitive, because that's exactly what I am like and I love that," he added.

After Wednesday's innings, Kohli also surpassed his teammate Rohit Sharma to become the leading run-scorer in T20Is. He is currently the only batsman in the world to average above 50 in all the three formats of the game.

Katich also recalled the hundred which Kohli scored at Perth in the third Test of the four-match series in December last year and said that that innings by the Indian skipper was one of the best centuries he has ever seen.

However, despite Kohli's brilliant 123 in the first innings, India lost the match by 146 runs.

"I had the pleasure of watching him score a hundred at Perth last year in the Test series at what was like an old WACA wicket. It was one of the best Test hundreds I have seen," said Katich who will work closely with Kohli at RCB.

The trio of Kohli, Katich and Hesson, would be working together from next IPL with a hope to change the fortunes of RCB, who have so far not been able to perform on expected lines in the cash-rich league.