Sourav Ganguly said he will have to be present for the inauguration of this edition of the Indian Super League in Kerala on October 20. 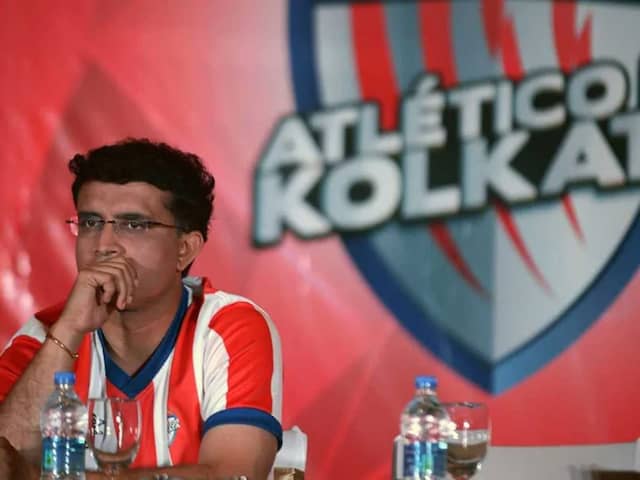 Sourav Ganguly will officially take over as the new BCCI chief on October 23.© AFP

The Board of Control for Cricket in India (BCCI) president-elect Sourav Ganguly was keen to go and spend time with the Indian players as they gear up to play the third and final Test against South Africa in Ranchi from October 19, but he had to cancel the plan as he will have to be present for the inauguration of this edition of the Indian Super League in Kerala on October 20. "Wanted to go to Ranchi, but won't get time as I have to inaugurate this edition of the Indian Super League as I'm now the face of ISL and shot for them. So, I will be attending the opening ceremony in Kerala," Ganguly said.

Even though the Test is to be played from October 19 till October 23, Ganguly will be heading to Mumbai from Kochi as he will officially take over as the new BCCI chief at the board headquarter on October 23.

While Ganguly has stepped down from his position as mentor of Delhi Capitals, he is set to continue shooting for the reality show Dadagiri and will also be doing endorsements.

"I will continue doing only (Bengali TV show) Dadagiri and endorsements, rest all stopped. Commentary, article writing and IPL, I'll stop doing all this now. I've already quit Delhi Capitals and conveyed it to them. It's a huge responsibility and the first task would be to form various committees by calling Apex Council meeting," he pointed.

On his committee with ISL team ATK, Ganguly said that he hasn't spoken to them in recent times and will do so soon.

India Cricket Team Sourav Ganguly India vs South Africa, 2019 Cricket India vs South Africa, 3rd Test Indian Super League
Get the latest Cricket news, check out the India cricket schedule, Cricket live score . Like us on Facebook or follow us on Twitter for more sports updates. You can also download the NDTV Cricket app for Android or iOS.