Rohit Sharma joined Shikhar Dhawan, KL Rahul and Prithvi Shaw to become the 4th Indian to score a century when opening for the first time in Tests. 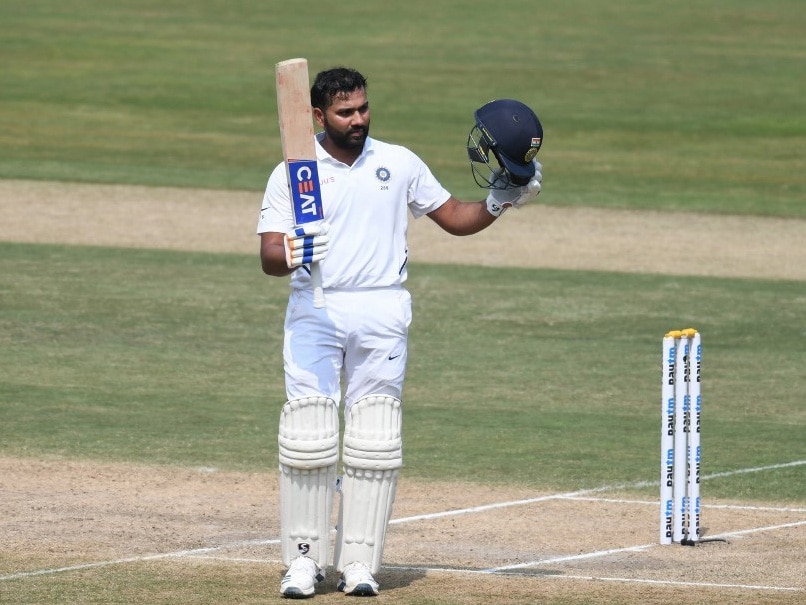 Rohit Sharma's average is the joint-best among all batsmen with 10-plus innings.© AFP

Rohit Sharma headlined the opening day of the first Test against South Africa with a stunning century in Vizag on Wednesday. With his first Test century as an opener and 4th overall, Rohit Sharma achieved an average of 98.22 in Tests in India. In 15 innings, Rohit has scored 884 runs, including four hundreds and five fifties. Interestingly, Rohit Sharma's average is the joint-best among all batsmen with 10-plus innings, sharing the top spot with none other than the legendary Don Bradman, who also averaged 98.22 at home in 50 innings.

Moreover, Rohit Sharma joined Shikhar Dhawan, KL Rahul and Prithvi Shaw to become the 4th Indian to score a century when opening for the first time in Tests.

Rohit Sharma also became the first Indian to score a century each, across formats, as an opener.

Rohit Sharma is now the seventh batsman in the world to score a century in Tests, ODIs and T20Is as an opener, after Chris Gayle, Brendon McCullum, Martin Guptill, Tillakaratne Dilshan, Ahmed Shehzad, Shane Watson, and Tamim Iqbal.

"I think it suits my game," Rohit Sharma said after rain forced early stumps on Day 1 in Vizag.

"Just wear the pads and go in to bat. I don't like the waiting game," he added.

"You know the bowlers who are bowling with the new ball, so the game plan is easier for you... At number six, the ball is reversing, field placement is different and you need to keep all those things in mind," Rohit Sharma said.

As far as the match is concerned, Virat Kohli won the toss and opted to bat against South Africa. Rohit Sharma (115*) and Mayank Agarwal (84*) took the hosts to 202/0 at stumps on Day 1.

Rohit Sharma India vs South Africa, 2019 Cricket India vs South Africa, 1st Test
Get the latest updates on IPL 2021, check out the IPL 2021 Schedule and Indian Premier League Live Score . Like us on Facebook or follow us on Twitter for more sports updates. You can also download the NDTV Cricket app for Android or iOS.