Jasprit Bumrah posted a message on social media after he was ruled out of the Test series against South Africa due to stress fracture in lower back. The BCCI named Umesh Yadav as Bumrah's replacement. 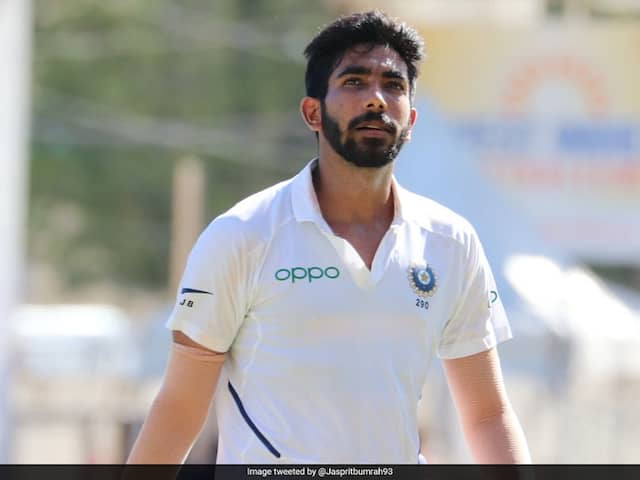 Jasprit Bumrah will not feature in the upcoming Test series against South Africa due to injury.© Twitter

Jasprit Bumrah, India's premier fast bowler, was ruled out on Tuesday from the upcoming three-match Test series against South Africa due to a minor stress fracture in his lower back. The Board of Control For Cricket In India (BCCI) announced Umesh Yadav as Jasprit Bumrah's replacement for the Test series. Jasprit Bumrah took to Twitter on Wednesday to post a message for fans, thanking them for recovery wishes. "Injuries are part & parcel of the sport. Thank you for all your recovery wishes. My head is held high & I am aiming for a comeback that's stronger than the setback," Jasprit Bumrah tweeted.

Injuries are part & parcel of the sport. Thank you for all your recovery wishes. My head is held high & I am aiming for a comeback that's stronger than the setback. pic.twitter.com/E0JG1COHrz

India are set to play three Test matches against South Africa, starting October 2. The first match will be played in Visakhapatnam while Pune and Ranchi will host the final two Tests.

The Twenty20 International (T20I) series ended in a draw on Sunday after the first game in Dharamsala was washed out due to rain. India won the second T20I in Mohali while South Africa clinched the final T20I to level the series.

The three-Test series will be a part of the ongoing ICC World Test Championship. India are currently leading the point table with 120 points while New Zealand and Sri Lanka are at second and third place with 60 points each.

Umesh Yadav India vs South Africa, 2019 Cricket
Get the latest Cricket news, check out the India cricket schedule, Cricket live score . Like us on Facebook or follow us on Twitter for more sports updates. You can also download the NDTV Cricket app for Android or iOS.