"Mohammed Siraj Up There After Jasprit Bumrah And Mohammed Shami": Wasim Jaffer

Former India batter Wasim Jaffer feels that Mohammed Siraj should be a permanent member in India's Test team, adding that the latter should be the third choice quick after Jasprit Bumrah and Mohammed Shami. 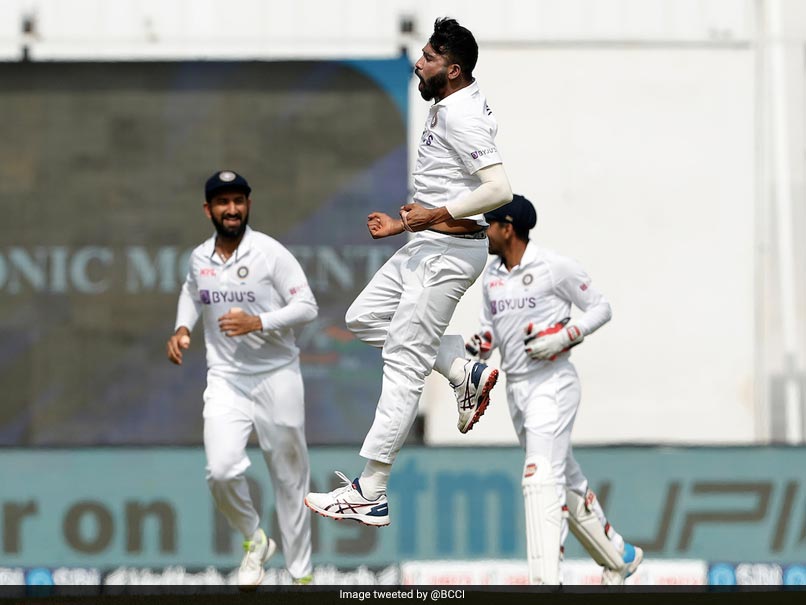 India rolled over New Zealand for a paltry total of 62 on Day 2 of the ongoing second and final Test at the Wankhede Stadium in Mumbai on Saturday. Ravichandran Ashwin bagged a four-for as India took a first innings lead of 263 runs against the Kiwis. However, a lot of credit goes to Mohammed Siraj, who dismissed three of New Zealand's top four batters before Tea. For the record, Siraj had replaced the injured Ishant Sharma in India's playing XI for the second Test.

Considering his ability to take wickets in the longest format of the game, former India batter Wasim Jaffer feels that Siraj should be a permanent member in India's Test team, adding that the latter should be the third choice quick after Jasprit Bumrah and Mohammed Shami.

"Definitely. If you pick the top three Indian fast bowlers, Siraj should be up there after Bumrah and Shami," Jaffer said during an interaction on ESPNcricinfo after Stumps on Day 2.

Since making his Test debut during India's tour of Australia 2020/21, Siraj has been a revelation for India in the purest format of the game. He has played 9 Tests so far, taking 30 wickets at an average of 29.40.

Ahead of the second Test, Jaffer had urged the management to include him India's playing XI for the series decider, adding that the player can be a match-winner for the team.

After bowling out New Zealand for cheaply, the hosts were 69 for nil at Stumps on Day two, leading the visitors by 332 runs.

Jasprit Bumrah India vs New Zealand 2021 Cricket
Get the latest updates on ICC Women's Cricket World Cup 2022 and IPL 2022, check out the Schedule , Live Score and IPL Points Table. Like us on Facebook or follow us on Twitter for more sports updates. You can also download the NDTV Cricket app for Android or iOS.