IND vs NZ: Mumbai Cricket Association chief Vijay Patil on Monday felicitated New Zealand spinner Ajaz Patel, who became only the third bowler to take all 10 wickets in an innings. 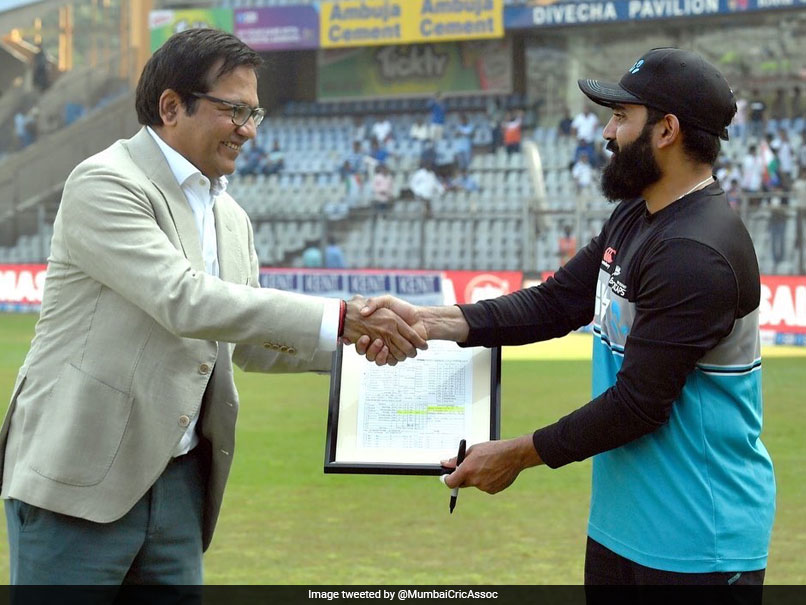 IND vs NZ: Ajaz Patel was felicitated by the MCA for his rare feat© MCA/Twitter

Mumbai Cricket Association chief Vijay Patil on Monday felicitated New Zealand spinner Ajaz Patel, who became only the third bowler to take all 10 wickets in an innings. The Mumbai-born Ajaz joined Jim Laker and Anil Kumble in the rare 10-wicket club after taking all 10 wickets of India's first innings in the second Test which the hosts won by 372 runs.

He also said that the Kiwi spinner did his bit for the upcoming MCA museum.

"Ajaz Patel handed over ball and T-shirt for the museum," the official added.

Patel had spent in childhood in Mumbai and his cousin stays in suburban Jogeshwari.

Wankhede India vs New Zealand 2021 Cricket India vs New Zealand, 2nd Test
Get the latest updates on ICC Women's Cricket World Cup 2022 and IPL 2022, check out the Schedule , Live Score and IPL Points Table. Like us on Facebook or follow us on Twitter for more sports updates. You can also download the NDTV Cricket app for Android or iOS.