Suryakumar Yadav, who recently earned his maiden call-up to India's T20I squad, said that it has been a long journey for him and his family members and they all started crying after hearing about his selection. 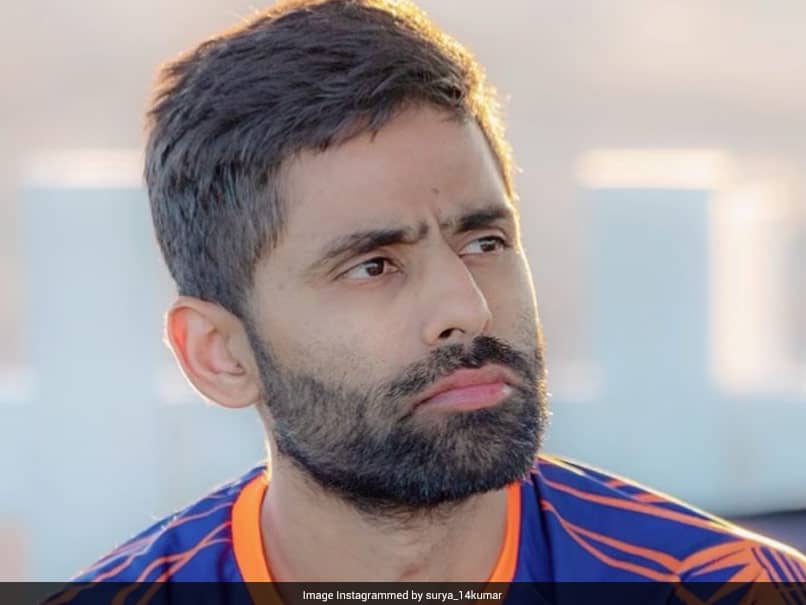 Suryakumar Yadav said that he has always dreamt of playing under Virat Kohli.© Instagram

Suryakumar Yadav, who earned his maiden call-up to India's T20I squad, revealed that he started crying after seeing his name in the squad for the upcoming five-match series against England. The right-handed batsman from Mumbai also said that he has always dreamt of playing under Virat Kohli.

"I was very excited as I got to know about the selection. I was sitting in the room, trying to watch a movie, and got a notification on the phone that I was picked in the Indian team for England T20Is. I started crying after seeing my name in the team. I called my parents, my wife, and my sister. We had a video call and all of us started crying," the official website of BCCI quoted Suryakumar as saying.

"Along with me, they have also been trying to live this dream for a long time. It has been a very long journey and they are the ones who have stood by me throughout. It was really great to see them happy and have those tears of happiness. Everyone wants to play for India. But finally, my time has come," he added.

When asked about playing under skipper Virat Kohli, Suryakumar replied: "Firstly, I am looking forward to spending some quality time with the team and soaking in the atmosphere when I reach Ahmedabad. I have always dreamt of playing under Virat Kohli for a long time and I am excited to go and learn a lot from Virat as quickly as I can so that I can be a better player.

"I have played against him in the Indian Premier League (IPL) and the way he reflects his energy on the field even after achieving so much for India is remarkable. I have seen him on the field keeping himself charged all the time. His want-to-win attitude is something to learn."

Suryakumar Yadav shares the dressing room with the likes of Rohit Sharma, Jasprit Bumrah, Hardik Pandya, and Krunal Pandya at Mumbai Indians. Talking about his experience of playing for the Mumbai-based franchise,  Suryakumar said that he has learnt a lot about Virat from the likes of Hardik.

"Over the years, playing with the Mumbai Indians, I have got to learn and know so much about Virat from Hardik Pandya as well. Whenever we have been together, I have asked Hardik what Virat does differently during the practice sessions that he is the best on the ground. Hardik has also told me that Virat practices differently, the energy he has in the practice sessions -- be it batting or fielding -- is completely different and he is the same on the ground. So, these are some of the things that I want to learn from him which makes him the best," said Surya.

When asked about Rohit Sharma, Suryakumar said: "I still remember the time when I was batting with Rohit Sharma during my Ranji Trophy debut. When I walked out to bat, there were a lot of butterflies in my stomach. He just came up to me and said, mate, just keep things very simple. You have worked very hard to reach here. You just have to go out and express yourself. Think about nothing. Just express yourself.

"It is amazing to see that his approach towards the game or his batting or his advice to the young crop has still not changed. Even today, he tells me the same thing. His presence has really helped me a lot. Having played under Rohit, I have learnt many things about him and his game, how he keeps things very simple, and his astute understanding of the game," he added.

The five-match T20I series between India and England is set to begin on March 12. All five matches will be played at the Narendra Modi Stadium in Ahmedabad.

Rohit Sharma India vs England 2020-21 Cricket
Get the latest updates on IPL 2021, IPL Points Table , IPL Schedule 2021 , live score . Like us on Facebook or follow us on Twitter for more sports updates. You can also download the NDTV Cricket app for Android or iOS.