"Work Goes On": Virat Kohli Sweats It Out Ahead Of 2nd Test. See Pics

India vs England: With the 2nd Test set to begin in Chennai on Saturday, India skipper Virat Kohli and his teammates are all gearing up to try and get back into the series. 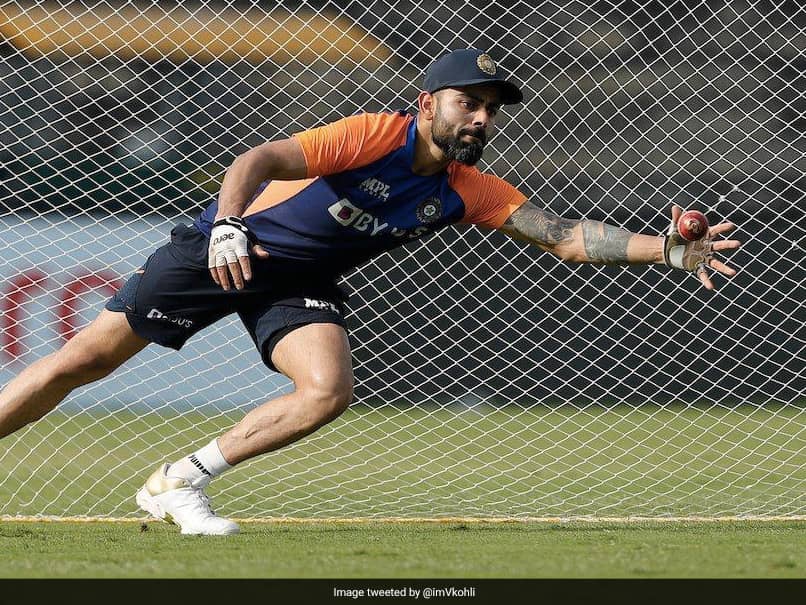 Virat Kohli posted a couple of pictures from the training session ahead of the 2nd Test vs England.© Virat Kohli/Twitter

Virat Kohli and the Indian team will be keen to right the wrongs when they face England in the second Test in Chennai, starting on Saturday. India were outplayed by England in the opening Test of the four-match series, losing by 227 runs. The hosts were overwhelming favourites going into the series but were found wanting in Chennai with Joe Root and his team producing one of the finest displays in the subcontinent for a touring English party. On Friday, the Indian captain was seen sweating it out, posting a couple of pictures from the training session.

The work goes on pic.twitter.com/3AHPP0dpvN

Kohli, who had missed three Tests in Australia, made his return in the opening Test, but failed to fire in the first innings, dismissed by Dom Bess for 11.

India conceded a massive 241-run lead as the batsmen failed to match the exploits of double centurion Joe Root and his teammates.

England chose not to enforce the follow-on after bowling India out for 337. They came out to bat again but were packed off for 178, largely because of the attacking mindset they went in with.

Set a target of 420 to win, India lost Rohit Sharma before the close of play on Day 4. Shubman Gill hit a fine half-century on Day 5 but perished soon after. James Anderson produced a stunning spell of reverse swing bowling to leave India's chase in tatters.

Kohli, though, stood firm and fought a lone battle as wickets tumbled around him. The Indian skipper hit a classy 72 before being castled by a Ben Stokes delivery that kept low.

India's tail that had done more than its share of wagging in Australia, couldn't reproduce those heroics and India were bowled out for 192 as England took a 1-0 series lead.

The second Test will be played at the MA Chidambaram Stadium and India will be gunning to set the record straight and draw level in the series.

Joe Root India vs England 2020-21 India vs England, 2nd Test Cricket
Get the latest updates on IPL 2021, IPL Points Table , IPL Schedule 2021 , live score . Like us on Facebook or follow us on Twitter for more sports updates. You can also download the NDTV Cricket app for Android or iOS.