Ahead of the pink ball Test against England, the Indian skipper Virat Kohli has stepped up his preparations and was seen sweating it out in the gym 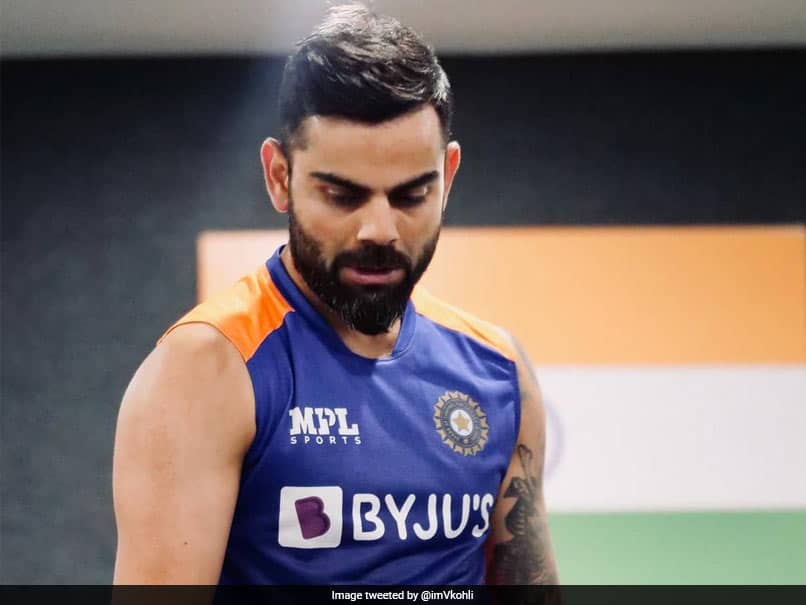 Virat Kohli posted pictures from his workout session ahead of the third Test against England.© Twitter

Indian skipper Virat Kohli, regarded as one of the fittest cricketers in world cricket, took to Twitter to share a few pictures of his intense workout session on Friday. Ahead of the pink ball Test against England, the Indian skipper has stepped up his preparations and was seen sweating it out in the gym. Kohli, a fitness icon for many across the globe, revealed what keeps him going from strength to strength. "Consistency is the key," Kohli wrote, while sharing the pictures.

Kohli scored a fighting half-century in India's second innings during the second Test as the hosts registered a massive 317-run win in Chennai. The win ensured India go into the day-night Test at the Sardar Patel Motera Stadium in Ahmedabad, with the four-Test series level at 1-1.

India have played two day-night Test matches so far, one each at home and overseas. While they managed to beat Bangladesh in their maiden pink ball Test in 2019, they suffered a dramatic batting collapse in their first overseas day-night Test in Adelaide against Australia and lost the match by eight wickets.

With both teams fighting for a place in the World Test Championship final, the remaining two games become all the more important and neither of the two sides can afford to bat an eyelid. The hosts can't afford to lose any more Tests if they want to book a spot the World Test Championship summit clash against New Zealand, to be played at the Lord's in June later this year.

The third Test between India and England will be played from February 24 to February 28 at the world's largest cricket stadium with a capacity of 1,10,000.