India vs England: Virat Kohli's decision to not turn to Hardik Pandya for a few overs in the middle stage of the 2nd ODI against England raised a few eyebrows. 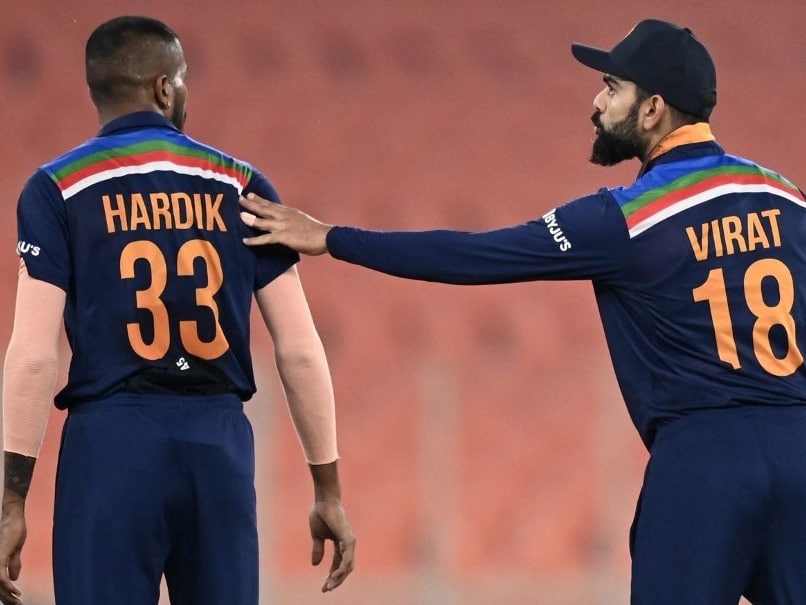 England strolled to a convincing six-wicket win in the second One-Day International(ODI) against India in Pune to level the three-match series 1-1 on Friday. Chasing 337 for the win, England batsman took Indian bowlers to the cleaners as Jonny Bairstow slammed his 11th century while Jason Roy (55) and Ben Stokes (99) hit half-centuries to take the visitors over the line with more than six overs to spare. India missed an additional bowling option on a pitch that didn't offer much to the bowlers and Virat Kohli's decision to not bowling Hardik Pandya raised a few eyebrows. After the match, the India captain revealed that he didn't use Hardik with the ball during the game because the team management is keeping a close eye on the all-rounder's workload and want him fit for big games coming ahead.

India will play the World Test Championship finalin England and they will also feature in the T20 World Cup, scheduled to be held in India later this year.

"We need to manage his body as well going forward. We need to understand where we need his skillsets with the ball along with his batting. We used him in the T20Is but it's a bit of workload management as well. We want to ensure we have Hardik Pandya fit and strong, because he's going to be an important part of the squad," Kohli said at the post-match presentation.

While the result didn't go India's way, the skipper was happy that KL Rahulfound his form as the Karnataka batsman top-scored for the hosts with a knock of 108.

"We lost two wickets early on and needed a partnership. That happened with KL and myself. KL carried on, really happy for him. Then Rishabh changed the game, and Hardik finished it off as well. Really pleased with these young guys stepping up. But tonight wasn't our night, it was England's. Nicely set up for the decider," Kohli added.

Kohli himself missed out on a hundred for the second time in the ongoing ODI series and when quizzed about whether that affects him, the India captain said he just wants to contribute to the team's cause and not think about individual milestones.

"I never played for 100s in my life, that's probably why I ended up getting so many in such little time. It's all about contributing to the team cause. If the team doesn't win when you get three figures it doesn't mean anything. You're not going to sit back at the end of your career and look at numbers, it's more about how you played the game," Kohli concluded.

Both teams will now meet in the decider at the same venue on Sunday.

Hardik Pandya India vs England 2020-21 Cricket India vs England, 2nd ODI
Get the latest updates on India vs South Africa and check out  Schedule, Results and Live Score. Like us on Facebook or follow us on Twitter for more sports updates. You can also download the NDTV Cricket app for Android or iOS.