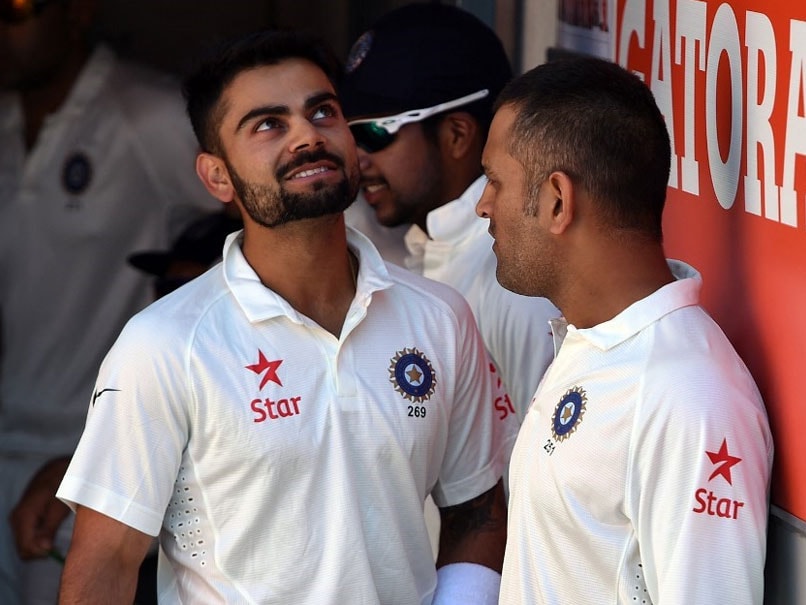 Skipper Virat Kohli on Thursday equalled MS Dhoni's record of leading India in most Test matches. As Kohli stepped out for toss in the fourth Test against England at the Narendra Modi Stadium, it became his 60th Test as the skipper of India, and as a result, he equalled Dhoni's record. In the previous 59 matches, he has captained India in, Kohli has managed to register 35 victories and 14 losses. While ten matches have ended in draws for India.

Dhoni led India in 60 Tests, and he managed to attain victories in 27 matches. In 2019, Kohli had surpassed Dhoni to become the most successful Test skipper for India.

Earlier, England won the toss and opted to bat in the fourth and final Test against India. The hosts made one change to their lineup as they brought in Mohammed Siraj in place of Jasprit Bumrah.

On the other hand, England made two changes to their lineup as they brought in Dominic Bess and Dan Lawrence in place of Stuart Broad and Jofra Archer.

This is the 50th Test for Root as England skipper in the longest format of the game.

India had managed to defeat England by ten wickets within two days in the third Test at the Narendra Modi Stadium.

The match saw both India and England batsmen failing to shine and getting out to balls that did not turn and skidded through from the spinners. But critics have looked to blame the pitch for the failure of the batsmen.

The four-match series is currently being led by India (2-1) and the hosts just need to win or draw the final Test to qualify for the final of the World Test Championship (WTC).

On the other hand, England is out of WTC's final contention, and they would be playing just to end the four-match series 2-2. If England win the last Test, then Australia would qualify for the WTC final.

India Cricket Team
Get the latest updates on Fifa Worldcup 2022 and check out  Fifa World Cup Schedule, Stats and Live Cricket Score. Like us on Facebook or follow us on Twitter for more sports updates. You can also download the NDTV Cricket app for Android or iOS.