India vs England: Virat Kohli said rotation of players is important in all formats of the game especially within bio-bubbles as mental fatigue could set in after spending too much time in the bubble. 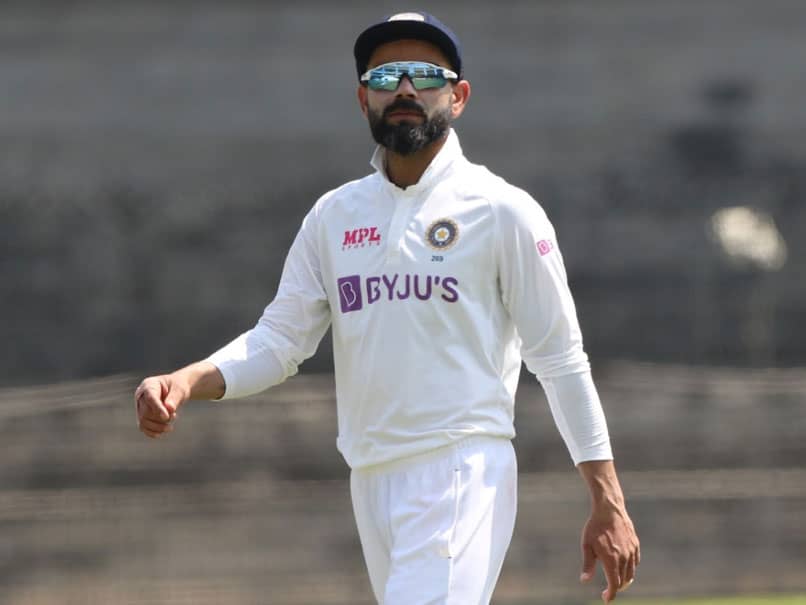 IND vs ENG: Virat Kohli said the "mental factor" needs to be taken care of when playing in bio-bubbles.© BCCI

India skipper Virat Kohli feels rotation policy is the way forward in the age of bio-bubbles as mental fatigue caused by restrictive quarantines will make it extremely difficult for players to stay hungry. England have been following a rotation policy in their ongoing tour of India, something that has drawn criticism from legends such as Kevin Pietersen. Kohli, though, is convinced that as long as players are staying in bio-secure environments, taking intermittent breaks is not a bad idea. "The kind of systems you have to follow in the bubble, it can get very monotonous and it is very difficult to keep yourself excited about small things," Kohli said on the eve of the fourth Test against England.

Bio-bubbles became imperative for resumption of sporting action in the wake of COVID-19 pandemic.

"I feel any format of the game is right place for rotation. No human being can possibly go on for that many number of games throughout the year. Everyone needs to find windows of having some time off," Kohli said.

"These are the things that need to be considered for as long as you play in the bubble, outside of that it depends on where you stand physically more than mentally. But till the bubble exists, we need to keep the mental factor in the picture as well, because mental fatigue would be a huge, huge factor," he added.

Kohli said for such a policy to succeed, a solid bench strength is paramount. He was pleased that India do not lack in that aspect.

"Our bench strength becomes way more important because if you have guys hungry, ready, who understand where the game is heading and are brave enough to take on opportunities then you can rotate very easily," Kohli said.

"There are eleven more guys who are ready to win a Test match for India, or One-day or T20 and that is exactly what we are striving towards, we have a clear road-map as to where we need to go in the next four-five years, so that our transition is not difficult at all," he added.

Asked if left-arm spinner Kuldeep Yadav does not fit in team's scheme of things anymore, Kohli said this was not the case. Kuldeep formed a lethal combination with Yuzvendra Chahal at one point of time but is not the team's first choice spinner any more. Kohli insisted that it has nothing to do with "skill" or "headspace".

"His game is absolutely precise, he's bowling better than he has ever bowled before. (But), combinations, we need to make sure we cover all facets of the game and we have our strongest balanced squad on the path," Kohli said.

"See if a (Ravindra) Jadeja is playing and then you are talking about a third spinner, then you know a Kuldeep (Yadav) comes into the picture way more.

"Because of Jadeja's experience with the bat, and the number of times he has done the job for the team, right now we are going in with Ash (Ravichandran Ashwin), Washy (Washington Sundar) is playing, Axar (Patel) is playing.

"It is all about combinations. If people are not good enough, they won't be part of team India, it is as simple as that."

Kohli also rejected criticism of Cheteshwar Pujara's batting so far in the series.

"About four years ago he was criticised for not scoring away from home, (that) he was only a home track bully. Now he is performing for you everywhere outside of India," Kohli snapped.

"And (in a) few innings every batsman has struggled, barring maybe Rohit (Sharma) and couple of innings, Ash (Ravichandran) played well, Jinks (Ajinkya Rahane) got a 50, I got a couple.

"It has not been easy, so if you now start criticising his game at home, then I don't think that is fair on him. I will keep saying this again and again, along with Jinx, Pujara is our most important Test player."

England Cricket Team India vs England 2020-21 India vs England, 4th Test Cricket
Get the latest updates on IPL 2021, IPL Points Table , IPL Schedule 2021 , live score . Like us on Facebook or follow us on Twitter for more sports updates. You can also download the NDTV Cricket app for Android or iOS.