India vs England: BCCI President Sourav Ganguly revealed that tickets for the upcoming pink-ball Test in Ahmedabad and T20Is that follow are sold out. 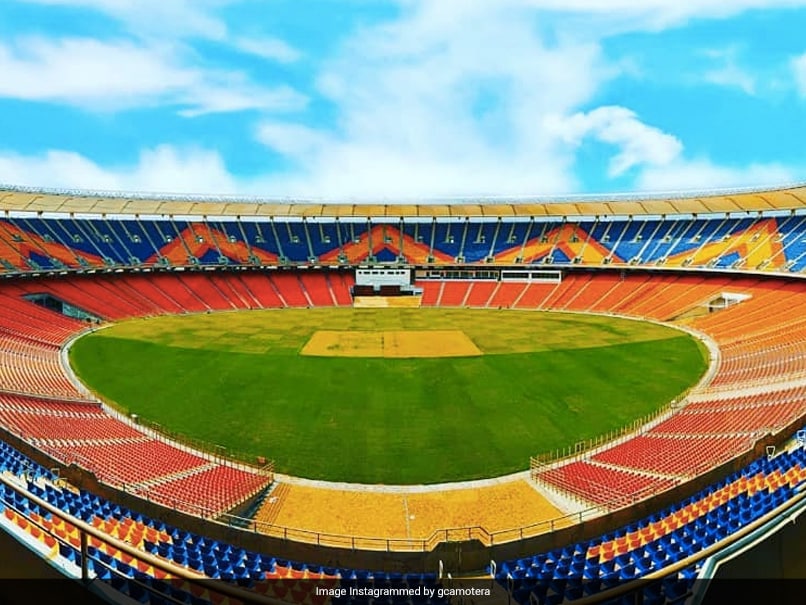 IND vs ENG: Ahmedabad's Motera Stadium will host the pink-ball Test between India and England.© Instagram

Sourav Ganguly, the Board of Control for Cricket in India's (BCCI) president has said that one pink-ball Test in every series is ideal and it will help bring crowds in large numbers for the longest format of the game. India and England will next play a pink-ball Test, beginning February 24 at the Motera Stadium, Ahmedabad. Fans would also be in attendance for that Test and Ganguly has already said that the stadium is sold out for the upcoming Test. Both India and England head into the pink-ball Test with the four-match series level at 1-1.

"Ahmedabad is completely sold out. I speak to Jay Shah and he's very keen on these Test matches," Ganguly told Star Sports.

"Just for him also cricket is coming back to Ahmedabad after six-seven years because they built the new stadium, and I have told him we have set an example with pink-ball Test last year in Kolkata, so it cannot go beyond that and we want to see every seat and stand full.

"And that's what it is, the tickets have gone, as well as for the T20s which will follow the Tests.

"We wanted the fans back. We could have had them in the first Test in Chennai but we decided to go with the Tamil Nadu Cricket Association, who said let's see how it goes for the first one because it's our first game after a long time and we'll open it up for the second Test.

"I know the Gujarat Cricket Association will add a bit more to the cricket, not just with the game but a lot of other things around the game. It's going to be a great Test match for everyone."

IPL 2021 is set to be played from April this year. The BCCI would be looking to have fans in attendance for the premier T20 tournament and Ganguly revealed that the decision regarding fans would be taken very soon.

Before the tournament, a mini-auction will be held in Chennai on February 18 and it will see 292 players going under the hammer.

Marnus Labuschagne, Steve Smith, Alex Hales, Shakib Al Hasan, and Moeen Ali are some of the players who have registered for this year's auction.

"This year is going to be big as well because of what it is. We'll see whether we can get the crowd back into the IPL, it's a decision we'll have to take very shortly. But it's going to be another great tournament," said Ganguly.

Earlier this year, Ganguly was hospitalised twice in Kolkata, however, the former India skipper said that he is "fit and fine" and is back at work.

England Cricket Team Sourav Ganguly India vs England 2020-21 India vs England, 3rd Test Cricket
Get the latest updates on India vs South Africa and check out  Schedule, Results and Live Score. Like us on Facebook or follow us on Twitter for more sports updates. You can also download the NDTV Cricket app for Android or iOS.