India vs England: Ravichandran Ashwin's wife Prithi took to Twitter to make an adorable request to her husband after he starred in India's thumping series win over England. 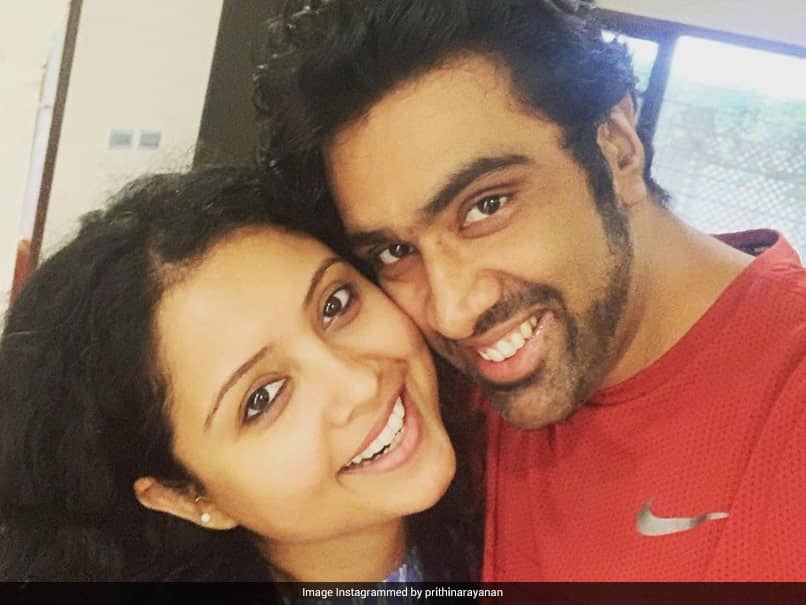 Off-spinner Ravichandran Ashwin played a key role as India defeated England in the fourth Test and clinched the series 3-1. Ashwin's wife Prithi took to Twitter to make an adorable request to her husband after India's thumping series victory. Sharing a picture of Ashwin receiving the Player of the series award, Prithi used a red heart emoji and requested the off-spinner to break the bio-bubble and come back home. "Now break the bubbbubble and come home already. @ashwinravi99," Prithi wrote on the micro-blogging site.

Ashwin finished the match by picking up England's last two wickets as India bowled out the visitors for 135 runs in the second innings, to wind up the series with a huge innings and 25-run victory in the final Test.

The experienced off-spinner took eight wickets in the match -- three in the first innings and five in the second innings -- and finished the series with 32 wickets under his belt.

Ashwin, one of the standout performers for India in the series, not only starred with the ball but also finished the series as the third highest-scorer for India, scoring 189 runs from six innings.

He was only the third Indian -- besides Rohit Sharma and Rishabh Pant -- to score a century in the series. His all-round performance earned him his eighth Player of the Series award in Test cricket.

Ravichandran Ashwin India vs England 2020-21 Cricket India vs England, 4th Test
Get the latest updates on IPL 2021, IPL Points Table , IPL Schedule 2021 , live score . Like us on Facebook or follow us on Twitter for more sports updates. You can also download the NDTV Cricket app for Android or iOS.