India vs England: Former England captain Michael Vaughan has had a lot to say about the quality of the pitch for the 3rd Test in Ahmedabad and added to the debate with a funny post on Tuesday. 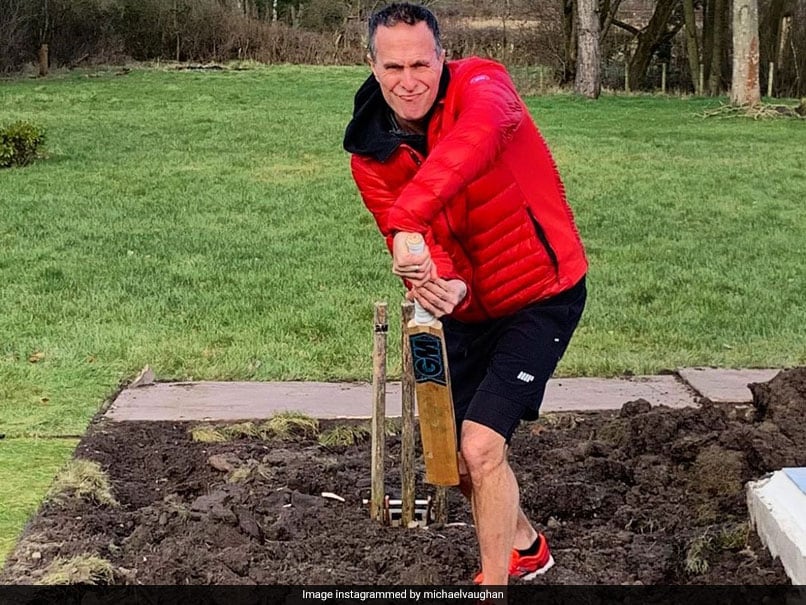 The debate on the pitch for the third Test between India and England has lasted longer than the match itself, as the hosts won comfortably inside two days to take a 2-1 series lead. Several former cricketers have spoken out against the pitch, with some saying it did not meet the standards for Test cricket, while others have simply said that the batsmen did not apply themselves well enough. The fourth and final Test will also be held at the Narendra Modi Stadium in Ahmedabad, leading to questions about the pitch in the upcoming match.

Former England captain Michael Vaughan, who had deemed the pitch in the third Test as "awful", on Tuesday saw the funny side to the whole debate, and shared a hilarious picture of the "preparation" for the fourth Test.

"Preparations going well for the 4th Test," he wrote, along with a photo of him batting on a piece of land that has been dug up.

Of course, Instagram users had plenty to say in response.

"It will be worse than that," wrote another, with laughter emojis.

"Entertaining .. YES .. but this is a awful pitch for Test cricket .. !!!! Complete lottery on day 2," Vaughan had tweeted after India's 10-wicket win in the third Test, with 17 wickets falling on the second Day.

Yuvraj Singh, Mark Waugh and Kevin Pietersen had also criticised the pitch, while West Indies legend Viv Richards said England should stop "moaning and groaning" about the grounds and be more prepared for spinning tracks.

England Cricket Team Michael Vaughan Cricket
Get the latest updates on Fifa Worldcup 2022 and check out  Fifa World Cup Schedule, Stats and Live Cricket Score. Like us on Facebook or follow us on Twitter for more sports updates. You can also download the NDTV Cricket app for Android or iOS.