India vs England, 3rd Test: "I Think It Sums Up The Wicket," Says Joe Root On His Five-Wicket Haul

India vs England: Joe Root, the England skipper, rued a poor show from the batsmen in the third Test, saying a score of 250 on the Ahmedabad pitch would have made it a different game. 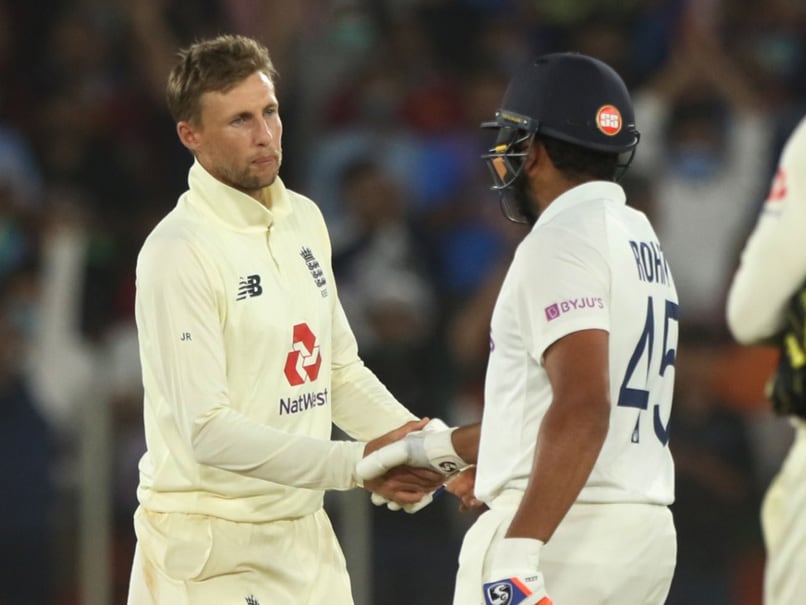 IND vs ENG: Joe Root picked up a five-wicket haul in the second innings of third Test.© BCCI

The pitch at the Narendra Modi Stadium has raised quite a few eyebrows as the third Test between India and England finished in two days. And while England skipper Joe Root didn't directly criticise the wicket, he said that him bagging a fifer summed things up. "I think it sums up the wicket, if I am getting a fifer. Congratulations to Ishant (Sharma) for 100 Tests and (Ravichandran) Ashwin for 400 Test wickets," he said at the end of the game.

Root was also critical of the effort of the English batsmen in the first innings as they won the toss and looked in command at 74/2 before throwing it away.

"We were 70 for 2. But we didn't really capitalise on it. 250 on that wicket would have made it different. We will come back using this hurt and come back as a better team," the England captain said.

Commenting on the ball and how it skidded on, making it difficult for the batsmen, Root said: "The plastic coating on the ball gathered pace off the wicket. It was high-quality bowling as well.

"Both sides struggled on that wicket. We don't define ourselves on a performance like this. We shouldn't have any baggage from the previous games going into the last game. We have seen with the ball in hand, we can pick up wickets."

Riding on brilliant spells of spin bowling from Axar Patel and Ravichandran Ashwin, India registered a comprehensive 10-wicket win over England to go 2-1 up in the four-match series.

Joe Root India vs England 2020-21 India vs England, 3rd Test Cricket
Get the latest updates on ICC T20 Worldcup 2022 and CWG 2022 check out the Schedule, Live Score and Medals Tally. Like us on Facebook or follow us on Twitter for more sports updates. You can also download the NDTV Cricket app for Android or iOS.