India vs England: Jack Leach agreed with Ravichandran Ashwin that the chatter about the surface has been more in the media than in the England dressing room. 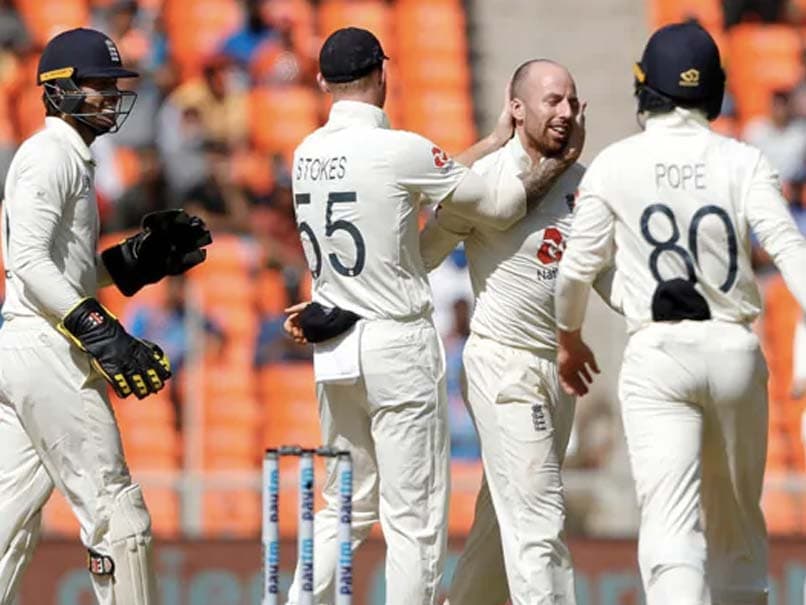 Spinner Jack Leach said on Monday England are not obsessed by the state of the pitches in India but are keen to learn from their two-day defeat before the final Test starts this week. Joe Root-led England went down by 10 wickets in less than two full days on a viciously turning Ahmedabad track last week and trail the four-match series 2-1.

Former England cricketers including Michael Vaughan and David Lloyd slammed the pitch at the world's biggest stadium which was hosting its first international game, since renovation.

But left-arm spinner Leach, who has taken 16 wickets in three Tests, said his side is focused on setting things right in the match that starts Thursday.

"I don't really have too much to say about the pitch, I think we got outplayed in those conditions and for me I am always looking to learn and get better and see every challenge as a way of improving," Leach told reporters.

"I think their spinners bowled really, really well and I don't think we should take anything away from them by saying bad things about the wicket."

Indian spinners Axar Pateland Ravichandran Ashwin took 18 wickets between them as England were skittled out for 112 and 81.

Leach agreed with Ashwin that the chatter about the surface has been more in the media than in the England dressing room.

"Ashwin world class bowler. Axar Patel was very accurate. I want to say that they bowled very well and that's what I am looking at them and seeing how can I get better and that's all my focus is on," said Leach.

"In the dressing we are just trying to get better and be prepared for this next match."

Leach, who made his Test debut in 2018, said he has come of age as spinner on this tour of the sub-continent that included England's 2-0 Test sweep in Sri Lanka.

"I don't think I could really have expected much more of myself than how I've done and how I've got better through the tour," the 29-year-old said.

"It has given me a lot of confidence that I can go on and play a lot for England and that I'm going to get better and better."

The game has more than the series at stake. India must avoid defeat to guarantee themselves a place in the World Test Championship final against New Zealand at Lord's in June.

India Cricket Team Jack Leach India vs England 2020-21 Cricket India vs England, 4th Test
Get the latest updates on ICC T20 Worldcup 2022 and CWG 2022 check out the Schedule, Live Score and Medals Tally. Like us on Facebook or follow us on Twitter for more sports updates. You can also download the NDTV Cricket app for Android or iOS.