India vs England: Both sides will be facing each other in a T20I series beginning from Friday and Jofra Archer is a doubtful starter due to injury issues. 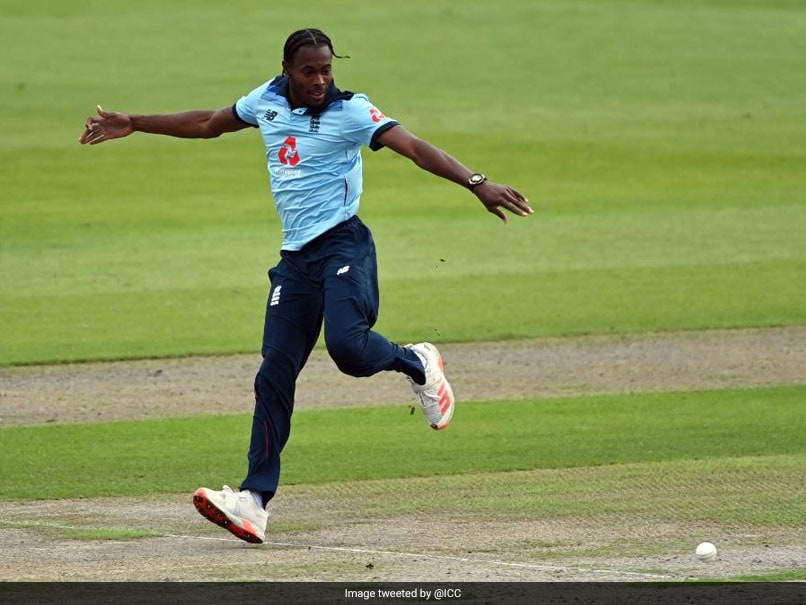 IND vs ENG: Jofra Archer is suffering from the recurrence of an elbow problem.© Twitter

England pacer Jofra Archer is a doubtful starter for the T20I series against India after suffering a recurrence of an elbow problem. Archer had missed the fourth and final Test against India in Ahmedabad due to an elbow problem. England head coach Chris Silverwood has now said that the side's medical team will monitor the situation and a decision would be taken accordingly. "Jofra's elbow did flare up a little bit and the medical staff are managing that at the moment. Obviously, we'll monitor his progress. The medical staff are talking about how we deal with this long term," Silverwood said during a virtual press conference.

"He's trained today (Sunday) with the white-ball squad. We'll be monitoring his situation but he got through training today," he added.

Archer had also missed the second Test of the four-match series against India due to the same elbow issue.

When asked about the workload management of Archer, Silverwood replied, "I'll be guided by the medics. We'll see where we end up with him. I want Jofra to be fit for all forms of cricket. I want him to have a long, successful Test career. Could we limit the number of overs he bowls? It's not something I would go out and predict but we'll find out in the course of time."

"The important thing for me at the moment is that Jofra gets every resource we can provide to make sure he does have a long and successful Test career. I'm not sure surgery has come up yet. I'll be guided by the medics on that. I wouldn't say I'm concerned, no," he added.

India and England would be locking in the five-match T20I series, beginning Friday. The Virat Kohli-led India qualified for the World Test Championship (WTC) final after winning the Test series against England.

India won the fourth Test by an innings and 25 runs to win the four-match series 3-1.

Jofra Archer India vs England 2020-21 India vs England, 1st T20I Cricket
Get the latest updates on ICC T20 Worldcup 2022 and CWG 2022 check out the Schedule, Live Score and Medals Tally. Like us on Facebook or follow us on Twitter for more sports updates. You can also download the NDTV Cricket app for Android or iOS.