India vs England: With the T20I series tied at 1-1, India need to iron out some issues at the top of the order, while England need to adjust quickly to pitches that will now counter their strengths. 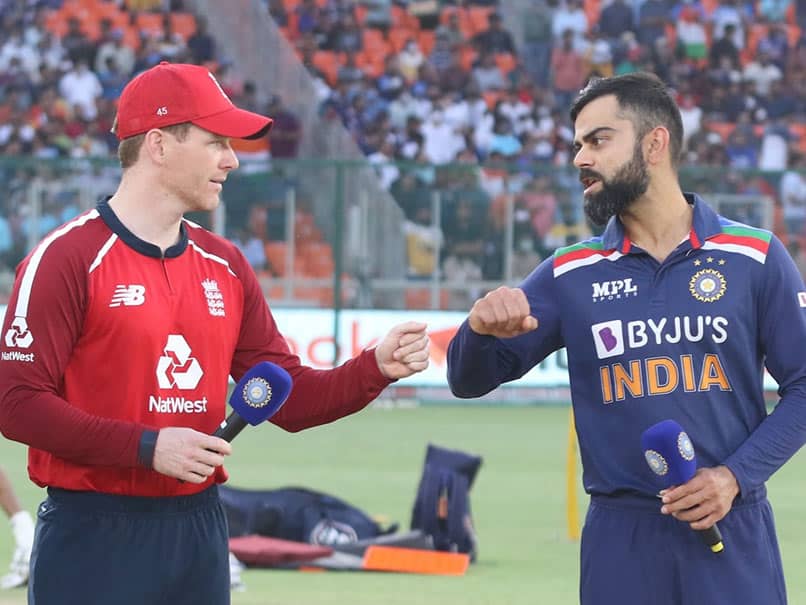 IND vs ENG: India and England go into the third T20I with the series level at 1-1.© BCCI

India and England head into the third T20 International with the series tied at 1-1. India's attempts at playing more aggressively flopped in the first game as their batting order collapsed, but a fearless half-century on debut from Ishan Kishan powered them to victory in the second game. England, meanwhile, batted well chasing a small total in the first game, but could not set a large target for India in the second game, as they were vexed by the slow pitch, as admitted by captain Eoin Morgan.

India will now face a selection headache at the top of the order. Rohit Sharma was "rested for a couple of games" according to captain Virat Kohli ahead of the first game. While Shikhar Dhawan played in his place in the first T20I, he was replaced by Ishan Kishan in the second, who will be hard to drop after his 32-ball 56, which saw him dominate the England pacers and lone spinner Adil Rashid alike.

His aggressive intent is the kind of strategy Kohli spoke about ahead of the series, and after a man-of-the-match performance, the Jharkhand dynamo has made a strong case for being kept in the side.

KL Rahul, meanwhile, failed to fire in both games so far, but he was earmarked as the first-choice opener in T20Is along with Rohit Sharma ahead of the series. So, it is yet to be seen if he will be dropped to accommodate India's limited overs vice-captain's return, or if Ishan Kishan will have to make way, or if they are both kept in the team, with Kishan moving down the order.

Suryakumar Yadav also made his debut in the second T20I, but with Kohli, Rishabh Pant and Shreyas Iyer coming above him in the order, he did not get a chance to showcase his talents, so how the team management handles his situation remains a question mark.

The visitors on the other hand, are the no.1 T20I team in the world, but have risen to the top having dominated on quicker pitches that suit their strengths.

With the T20 World Cup later in the year, Morgan has spoken about the importance of playing on slower conditions in this series to give players the opportunity to learn how to perform best on such pitches ahead of the marquee event.

Mark Wood is likely to make a return, and will most probably replace the misfiring Tom Curran.

Their batting line-up is a stable one, but England will be hoping that someone apart from Jason Roy, who has gotten out just short of half-centuries in both matches, will put their hand up and play a big knock.

England Cricket Team India vs England, 3rd T20I Cricket
Get the latest updates on IPL 2021, IPL Points Table , IPL Schedule 2021 , live score . Like us on Facebook or follow us on Twitter for more sports updates. You can also download the NDTV Cricket app for Android or iOS.